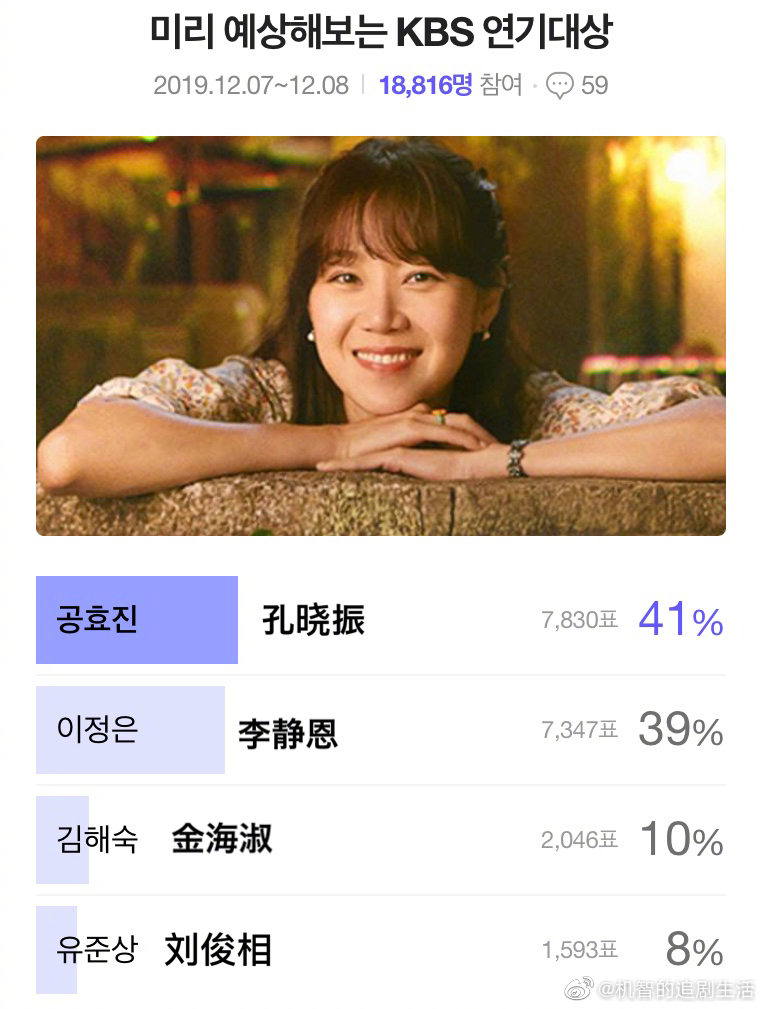 It’s that time of the year for the television networks to reward the successful dramas and shows for 2019. I have a sense of who is going to win the Daesang (Grand Prize) but it’s interesting to see what the domestic viewers are polling. K-netizens think that Gong Hyo Jin will win for KBS drama When the Camellia Blooms, Han Ji Min will take home the big prize for her performance in MBC drama Spring Night, and Kim Nam Gil should win for SBS drama The Fiery Priest. The votes don’t seem to take into account the weekend dramas which nowadays get higher ratings and have plenty of veteran elders in the cast. If these three all win the Daesang I won’t have any problems with that. 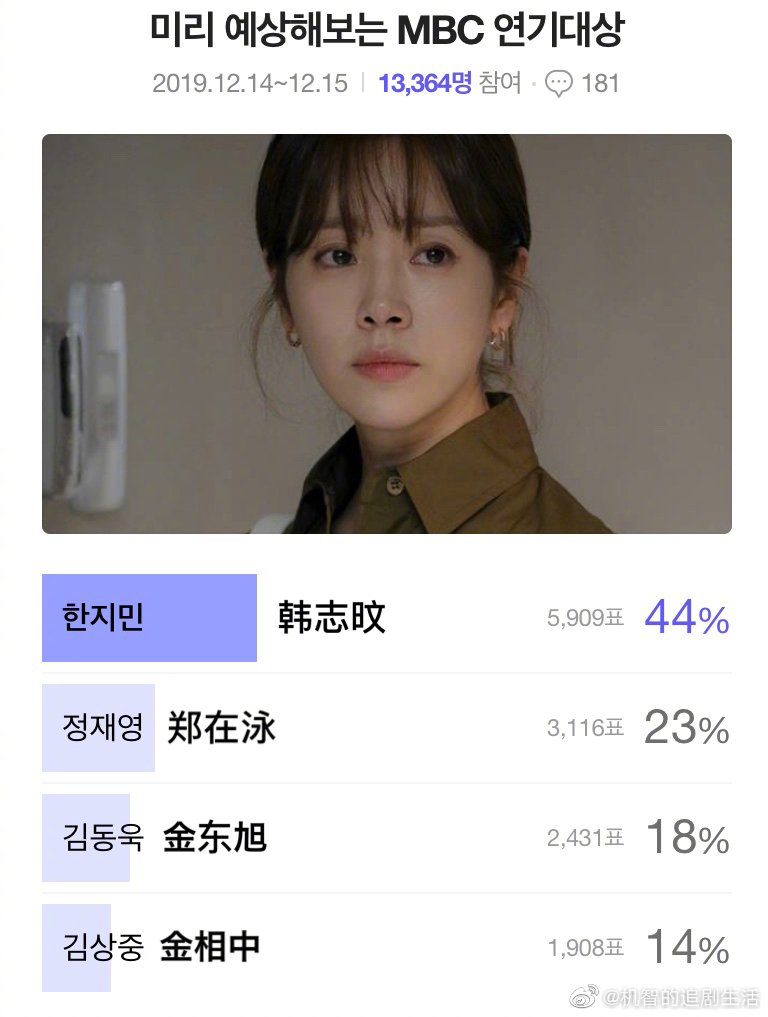 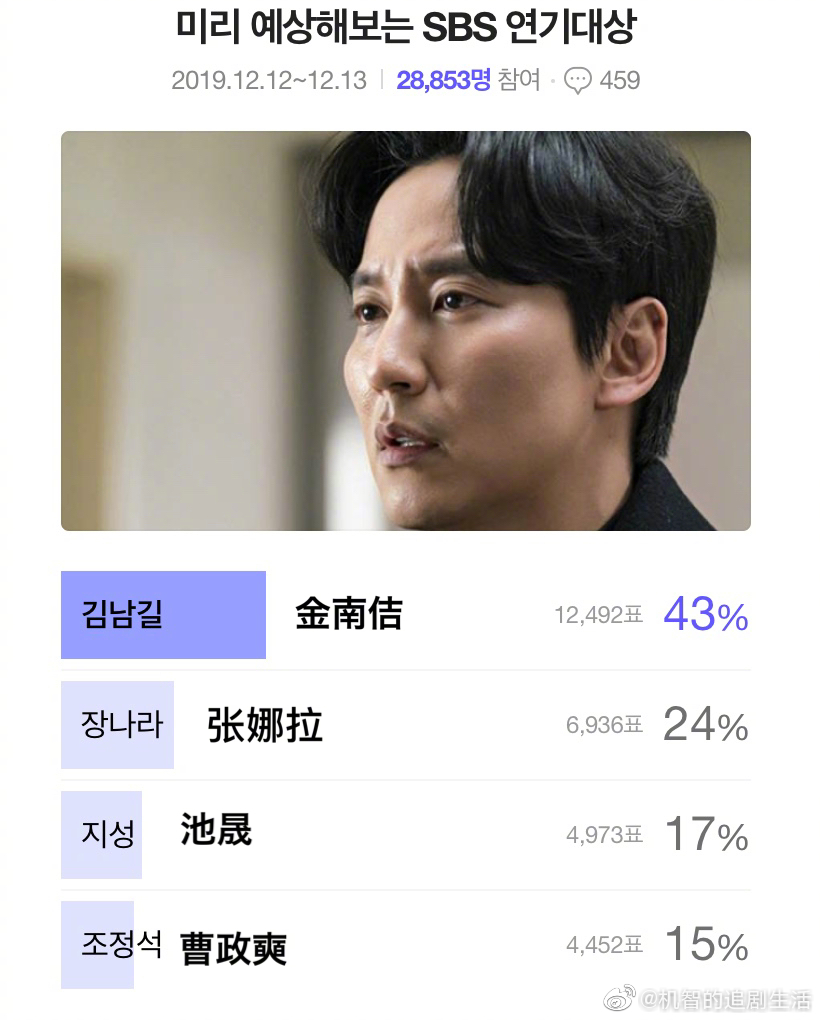