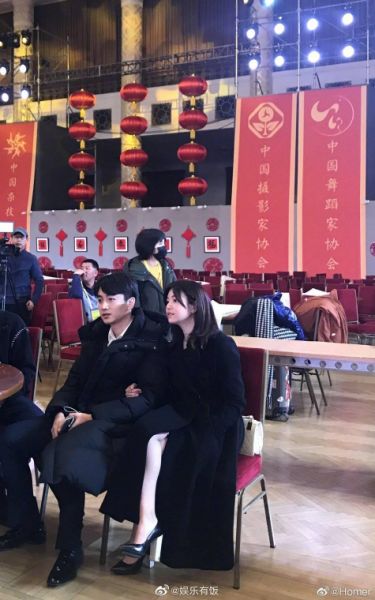 I truly feel bad for Michelle Chen and Chen Xiao because I feel like the C-media or even C-netizens have it out for them. They are really low key during dating and especially after marriage but the marital trouble rumors have been nonstop towards them moreso than other married C-stars. I originally found the pairing odd but seeing their interactions after marriage have totally changed my mind, they are a really sweet and normal couple who seem like a way better fit than I expected. Of course they could fall victim to the dreaded celebrity marriage curse but four years now into their marriage and with a toddler son they appear to be just fine thank you very much. The couple made a cuddly and laugh filled joint appearance at the rehearsal for an upcoming lunar new year celebration and it’s nice to see a happily married couple sending positive new year mojos.