Wow, what an odd time to get married but great for the couple to just do what they wish and in such a low key way. TW-stars Mickey Huang (Jiao Jiao) and Summer Meng tied the knot this week by officially registering their marriage at the local registrar’s office. They’ve been dating since 2014 and have a 19-year age difference so pundits really didn’t think they would go all the way, not to mention Jiao Jiao’s incredibly saucy dating history that go down in the annals of TW-ent. He dated Xiao S when they were both young and just starting out, it was hot and passionate and the world knew it, then they broke up and afterwards it came out that Jiao Jiao fell in love with Xiao S’s good friend Bowie Tseng which precipitated the breakup. He dated Bowie for a few years but flamed out as well. TW-ent had those three has tabloid fixtures for years. But everyone grew up and made up as recently Xiao S, Jiao Jiao, and Bowie all posed together at the Golden Bell Awards signaling that everyone has moved on. About time and good for this couple to finally make it to the altar. 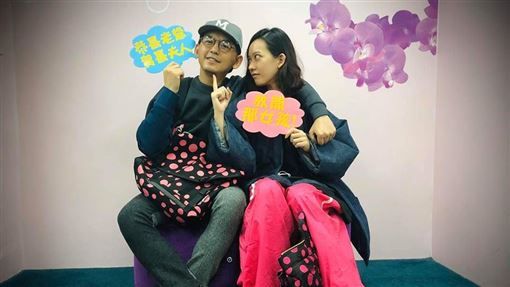