Modes of transportation have become the biggest box office winners in South Korea two years running. This summer’s A Taxi Driver has crossed the 12 million moviegoer threshold and is officially the 10th highest grossing Korean movie of all time, pushing Taegukgi down to the 11th spot. It’s probably slowed down to the point that it may not surpass 9th place The King and the Clown but it’s still a remarkable achievement, and nearly double the box office or more highly promoted Battleship Island with 6.5 million views. A Taxi Driver may retain the 2017 box office crown as last summer’s Train to Busan with 11.5 million viewers went on to be the year’s highest grossing movie and is now in the 12th spot. Congrats to A Taxi Driver and cast Song Kang Ho, Yoo Hae Jin, Ryu Jun Yeol, and Thomas Kretschmann. Next year hopefully there will be a top grossing airplane movie to complete the triumvirate of planes, trains, and automobiles. END_OF_DOCUMENT_TOKEN_TO_BE_REPLACED 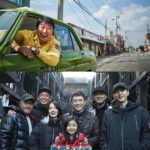 There was such a hue and cry over hyped summer K-movie Battleship Island‘s box office returns vis-a-vis how its production company scheduled it in over 80% of the theaters during its opening weekend, but in the end it’s water under … END_OF_DOCUMENT_TOKEN_TO_BE_REPLACED 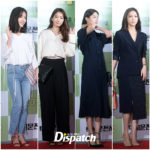 Ladies ruled the red carpet, with a surprising easy on the eyes green movie poster background, at the VIP premiere of K-movie A Taxi Driver. This movie pairs veteran Song Kang Ho with German actor Thomas Kretschmann for a real life … END_OF_DOCUMENT_TOKEN_TO_BE_REPLACED