My nearly 3 month long Wed-Thurs date with Lee Seung Gi is over, and zero regrets with the time spent. Unlike some of his stupider drama choices (*cough* Vagabond *cough*) this time tvn drama Mouse was too smart for its own good. It was like a math student who got the answer early on then trying to question and outthink what should be a straight forward solution. Mouse should have been about (1) serial killers, bad, (2) manipulating serial killers, just as bad, (3) serial killers who later develop a conscience, sorry still bad, and (4) laws that abort babies in utero for carrying a serial killer gene, THE BADDEST OF ALL! Like, how did the drama end with the okaying of an eugenics law for purpose of creating a society without war or killing?!? Like, we spent 20 episodes back to square one when everyone was horrified in the first episode that South Korea even considered that, only to have the entire premise of the drama to back that up, and end with it actually succeeding despite the truth being revealed.

I am flabbergasted the writer went there. All other major plot points was at least satisfactorily tied up from the mastermind being the female politician who wanted to pass the serial killer gene carrying fetus termination law to giving everyone who did something bad their due punishment. Hyun Joo reunited with her parents but spent some time in jail for her aiding Han Seo Joon as a kid, Yo Han got his named clear, Han Seo Joon’s wife came clean to Ba Reum and then chose death to follow her beloved good son Yo Han, and everyone hates Ba Reum but also teensy weensy feels sorry for him that he was manipulated from birth to activate his predator serial killer gene. Everyone was a victim in some way other than Han Seo Joon and the female politician but that doesn’t negate the bajillion innocent victims of all the serial killers in this drama, Ba Reum included. I can’t say this drama made me happy to watch but it wasn’t terrible, attempted a decent landing, and Lee Seung Gi vaulted another level in his acting craft. So all in all, worth watching…..I think?

END_OF_DOCUMENT_TOKEN_TO_BE_REPLACED 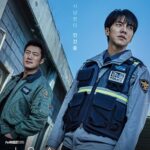 Every time there is a Lee Seung Gi drama I’m on pins and needles hoping my boy picked well and doesn’t end up with a narrative stinker. His recently premiered tvN drama Mouse comes with high critical pedigree from the … END_OF_DOCUMENT_TOKEN_TO_BE_REPLACED 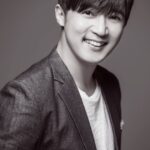 Top Korean actors playing killers is a totally “in” thing now and it almost always works because it goes against type, whether visuals or just the idea that an A-lister would deign to play the antagonist. Add another one to … END_OF_DOCUMENT_TOKEN_TO_BE_REPLACED 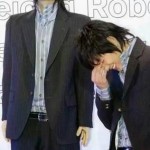 Some may think C-netizens are harsh but I find them equal opportunity snarkers. They don’t riff only on foreign things, they are just as candid when it comes to pointing out the crappy stuff coming out of China. Case in … END_OF_DOCUMENT_TOKEN_TO_BE_REPLACED