It’s time to say buh-bye to crazy and makjang-delicious Wed-Thurs SBS drama An Empress’s Dignity as it sails off without one male lead and maybe also without the other. The final episodes brought in 14.1% and 16.5% ratings as viewers tuned in to see if female lead Jang Nara will absurdly end up with previous not nice but now nice male lead Shin Sung Rok what with always nice male lead Choi Jin Hyuk not even around to film scenes for the final episodes due to a scheduling conflict. The drama apparently decided to use that opportunity to pick option 3 as Shin Sung Rok’s Emperor swanned off to the great beyond and the baddies either got jail or also death. Not sure what to make of this drama since just the drama stills along make me chuckle but hopefully this ending was satisfying for those watching along. END_OF_DOCUMENT_TOKEN_TO_BE_REPLACED 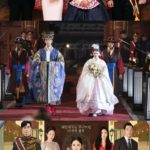 The surprising early on success of SBS Wed-Thurs drama An Empress’s Dignity has let to the network ill-advisedly deciding on an extension, coming at a time when it’s ratings have dropped and now been eclipsed by KBS drama What’s Up … END_OF_DOCUMENT_TOKEN_TO_BE_REPLACED 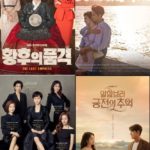 Right now there are four dramas doing well in their respective ratings but two are surprise underdogs that are garnering ratings far above expected and the other two are high profile big budget expected successes that are just meeting expectations. … END_OF_DOCUMENT_TOKEN_TO_BE_REPLACED 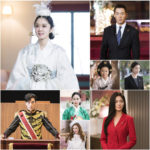 My Wed-Thurs are currently preoccupied with tvN quiet slow burn romance Encounter (Boyfriend) but even if it wasn’t I don’t think I would still want to watch An Empress’s Dignity. None of the four leads Jang Nara, Shin Sung Rok, … END_OF_DOCUMENT_TOKEN_TO_BE_REPLACED 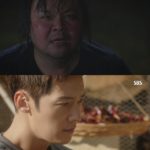 I thought the days of super outlandish melo was over but here we are at the end of 2018 with An Empress’s Dignity (The Last Empress). It’s apparently so over-the-top with cartoonish villains and candy heroines and also the most … END_OF_DOCUMENT_TOKEN_TO_BE_REPLACED