Writing this articles make me feel old, sad, happy, and nostalgic, so basically all those emotions that remind us that life is full of memories and still we must look ahead. This weekend HK-ent covered the funeral of actor Felix Wong‘s wife former actress Leung Kit Wah, passing away at 59 year old after a 7 year battle with acute leukemia. She leaves behind Felix after 32 years of marriage and their daughter Adrian Wong who is following in her parental footsteps as an actress. Felix’s fame greatly eclipsed his wife, she was only a budding actress when they met in 1980 on the set of a drama and of course Felix shot to fame as one of the Five Tigers of HK television dominating the 80’s most notably as the male lead of the adaptation of Legend of the Condor Heroes.

The world shipped him with costar Barbara Yung but she ended up dating another Five Tiger Kent Tong and sadly was the most shocking early death of the 80’s to rock the industry with her suicide. Felix as her Jing gege went on to be the bestest husband in real life as we all thought he would based on his onscreen image as the dorky stupid nice guy. He is famous in the industry for being absolutely in love and doting on his wife and at her funeral he posted a love letter to her that marrying her was the best thing that ever happened to him. Sniffles, my condolences to Felix and his daughter. Attending the funeral services was a who’s who of HK ent including Felix’s fellow 80’s top actors Andy Lau and Michael Mui, but sadly due to a years ago falling out Tony Leung and Kent Tong were reportedly not present.

END_OF_DOCUMENT_TOKEN_TO_BE_REPLACED 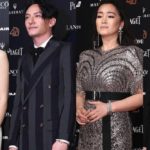 The last few years have been meh with the Golden Horse Awards, the Chinese-language film equivalent of the Oscars, due to flagging star-studded movies and creativity that also connects with the mass public. This year the ceremony staged a revival … END_OF_DOCUMENT_TOKEN_TO_BE_REPLACED 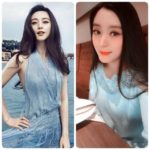 Wax figures at Madame Tussauds isn’t the only way for stars to have their own dopplegangers, ever since the advent of cinema there have been body and face doubles during filming. I’m not sure if there’s as lucrative a business … END_OF_DOCUMENT_TOKEN_TO_BE_REPLACED 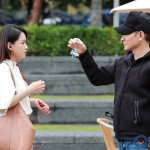 The production of upcoming Taiwan old school coming-of-age movie Our Times is certainly not stingy with spoilers. First came the peek at A-list actress Chen Qiao En as the grown up female lead in the movie, with the high school … END_OF_DOCUMENT_TOKEN_TO_BE_REPLACED

Taiwan’s most prestigious awards show came and went, and thankfully the results caused no sputtering outrage and mud flinging the way the Golden Bells did last month. Last night’s Golden Horse Awards was a rather muted affair, with some viewers … END_OF_DOCUMENT_TOKEN_TO_BE_REPLACED