It’s not quite T-minus 30 days but tvN epic fantasy-tinged sageuk Asadal Chronicles is coming soon, on June 1 to be exact. That makes it primed for the summer season viewer surge and a potential to be a ratings winner for the cable network. The first stills are out for male lead Song Joong Ki who plays a warrior and future king of the mythical legendary early Korean city-state Asadal. The drama is part Jumong and part The Legend, both of which were major hits in Korea in the mid-aughts. Song Joong Ki looks just like Song Joong Ki in curly hair, face paint, and ripped up clothes, which is par for the course on all Song Joong Ki roles. I never think he looks like the character until I see him in motion, in promo stills he always looks like he’s a grown up boy cosplaying a role such as an army captain or bad boy. But once the screen plays I’m always swept up, that’s his intensity and charisma and I think it’s going to be the same here again. END_OF_DOCUMENT_TOKEN_TO_BE_REPLACED 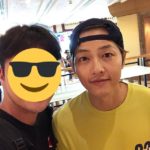 While K-ent is immolating from within this past week, K-actor Song Joong Ki was pretty darn far away doing his job out in Brunei filming the overseas location shoot portion of upcoming sageuk drama Asadal Chronicles. It looked quite rustic … END_OF_DOCUMENT_TOKEN_TO_BE_REPLACED 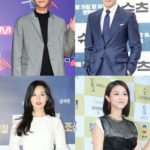 This isn’t huge huge K-drama news but there are K-drama fans everywhere in the world and I’m sure someone will be excited to hear a big budget high profile drama is coming to their neck of the woods to film. … END_OF_DOCUMENT_TOKEN_TO_BE_REPLACED

We’re off to the races for 2019 as this year winds to an end, with filming commencing for the massive scale sageuk drama epic Asadal Chronicles. Starring Song Joong Ki, Jang Dong Gun, Kim Ji Won, and Kim Ok Bin, … END_OF_DOCUMENT_TOKEN_TO_BE_REPLACED