It’s a job well done for the cast and crew of just wrapped SBS Mon-Tues drama Doctors, a drama that ended up being as bland as it’s final title when all the potential was there to make it interesting as the original title of Female Gangster Hye Jung hinted at. I dropped the drama midway through for being so utterly snooze inducing even the lovely Park Shin Hye and charming Kim Rae Won, and their fantastic chemistry, could keep me entertained. Narratively boring is worse than being bad, at least bad gives audiences something to complain about, whereas boring is just unmemorable.

I did like what the cast did with their roles and the dull as beans script, a solid professionalism and comfortable camaraderie permeated the production and certainly some folks must have enjoyed it and for that the drama is a success in my book. It’s also a ratings win for crossing the vaunted 20% AGB nationwide threshold for some of the later episodes, so the production certainly deserved the wrap party celebration and I won’t even laugh at the majority of the cast attending in what appears to be pajamas or clothes picked from the closet in the dark. Other than Kim Rae Won, still so put together and rawr. END_OF_DOCUMENT_TOKEN_TO_BE_REPLACED 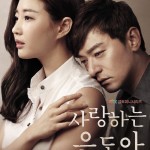 Oh wow, I think this one might just work for me. Falling for Innocence wrapped up its run on jTBC this past week but the follow up drama My Love Eun Dong got a jump start on airing by releasing … END_OF_DOCUMENT_TOKEN_TO_BE_REPLACED 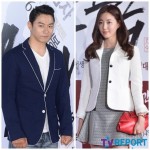 I posted two weeks ago about the nominees for the 2014 APAN Star Awards and how some choices were pretty legit while others strangely unfathomable. Pretty much the usual when it comes to acting awards in Korean drama entertainment. Last … END_OF_DOCUMENT_TOKEN_TO_BE_REPLACED

The main three Korean networks continue their attempt to seep every last ounce of goodwill I have for them since there isn’t currently a single K-drama on MBC, SBS, or KBS that I wholeheartedly love. The second half downward spiral … END_OF_DOCUMENT_TOKEN_TO_BE_REPLACED

I’ve been trying to wrap my mind around the huge chasm between those who love Big and those who hate it. Not that like or dislike could be validated either way, but perhaps one huge reason for why that exists … END_OF_DOCUMENT_TOKEN_TO_BE_REPLACED

[Breaking news: I know which episode Kyung Joon’s body might wake up. It was in the news. I’ll hide the spoiler below the cut.] Following in the footsteps of Gong Yoo and Lee Min Jung‘s Me2Day chat two weeks ago … END_OF_DOCUMENT_TOKEN_TO_BE_REPLACED