C-ent’s puppy love for teen actor Wu Lei will get a treat and a test at the same time when his first major leading role in wuxia C-drama Fights Break Sphere (斗破苍穹) comes out later this year. It’s yet another nth adaptation of a wuxia novel and this one sounds just like Louis Cha‘s bread and butter of a young martial arts master on his hero making journey, with plenty of ladies, rivals, sage masters, and one true soulmate along the way. Wu Lei is only 17 years old and is currently on the Yoo Seung Ho trajectory, but if he doesn’t show that he can hold down the fort in a major epic drama then it’s going to be a huge letdown for folks who have him in such high hopes. His leading lady in Fights Break Sphere is 20 year old movie actress Jelly Lin (Lin Yun) who got her big break as one of Stephen Chow’s leading ladies that he shoots into the stratosphere by casting in his hit movies, and in this case it was the 2016 box office smash The Mermaid. This drama looks visually solid from the character stills, and maybe it’s the layers but Wu Lei has morphed from scrawny teen to substantial young leading man. END_OF_DOCUMENT_TOKEN_TO_BE_REPLACED 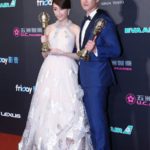 The glitziest night of Taiwanese television took place at the 51st annual Golden Bell Awards Friday night in Taipei. I only pay attention for the fashion and if certain TW-dramas or acting talent that I happen to like for that … END_OF_DOCUMENT_TOKEN_TO_BE_REPLACED 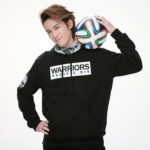 This is such downer news, I hate it when people get hurt on the job and for stars it’s especially disheartening for their career and fans. TW-actor Baron Chen has been on a popularity tear recently thanks to the resounding … END_OF_DOCUMENT_TOKEN_TO_BE_REPLACED 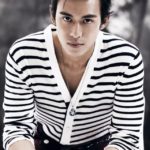 Filming is underway already for the big budget C-drama adaptation of Tong Hua‘s ancient romance novel Once Promised, the parental generation prequel to Lost You Forever. The c-drama will deviate from the story involvingg ancient Chinese fantasy gods and goddesses, … END_OF_DOCUMENT_TOKEN_TO_BE_REPLACED 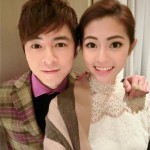 A new year doesn’t mean only doing new things, there’s still plenty of reason to take a break for a nostalgic reunion. At the recent SETTV banquet awards, a few of my fave and fond Taiwan drama pairings made time to … END_OF_DOCUMENT_TOKEN_TO_BE_REPLACED

With AKP fully branching out from K-dramas to TW-dramas in recent weeks, culminating in my decision to recap Sunny Happiness, I think it’s fitting to devote a post to a collection of Taiwan actors who breathe life into dramas and … END_OF_DOCUMENT_TOKEN_TO_BE_REPLACED