This drama and casting news has been around for awhile but this week is the first official confirmation of the entire project. tvN has confirmed the romance and life empowerment drama Twenty Five Twenty One which is set during the South Korean financial crisis of 1997. It stars Kim Tae Ri as a female fencer who overcomes adversity and becomes a member of the national sabre team and Nam Joo Hyuk as a rich kid turned poor who becomes a sports reporter for a television network. Rounding out the cast is Bona, Choi Hyun Wook, and Lee Joo Myung and directing is the PD of You Are My Spring, The King: Eternal Monarch, Search: WWW, and Mr. Sunshine, and the screenwriter wrote Search: WWW. The drama will be released in early 2022 and I’m sure there will be tons of commentary about whether these particular two leads are suitably cast opposite each other but I’m personally cool with it and curious how these two will deliver onscreen together.

END_OF_DOCUMENT_TOKEN_TO_BE_REPLACED 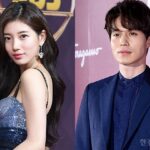 The 2021 First Brand Awards, celebrating the 19th year of giving out prizes for consumer faves, will forgo a ceremony this year but still announced the winners of the various category daesang prizes. The Actress Award goes to Suzy while … END_OF_DOCUMENT_TOKEN_TO_BE_REPLACED 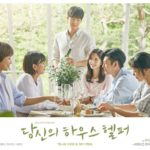 K-dramas are being preempted starting this week left and right on the prime time channels due to World Cup coverage. That means new KBS Wed-Thurs drama Your House Helper won’t premiere this week despite predecessor Suits wrapping up past week, … END_OF_DOCUMENT_TOKEN_TO_BE_REPLACED 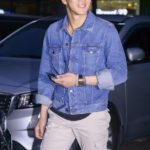 I’m not exactly sold on this lead cast but the younger generations keep coming and it’s always best to keep an open mind. Summer KBS Wed-Thurs drama Your Housekeeper (Your Butler of Your House Helper) has confirmed the lead cast … END_OF_DOCUMENT_TOKEN_TO_BE_REPLACED