Three new K-dramas premiered this Monday and it wasn’t even a close shot for the direct competitors in the prime time slot. SBS is airing the final week of legal thriller Whisper and nearly broke 20% ratings in this second to last episode, garnering 19.2% AGB nationwide viewership to set itself up nicely to maybe break the barrier tomorrow with the final episode. KBS had Fight My Way and MBC aired Lookout, and neither episode posed a threat to Whisper’s lead. Lookout barely edged Fight My Way for second place, taking 6.0% ratings to Fight’s 5.4% premiere. It’s actually over on cable that a new drama made a meaningful splash as sci-fi K-drama Circle: Two Connected Worlds got 2.883% in its first episode, which is nearly a double jump from the average ratings of predecessor The Liar and His Lover.  END_OF_DOCUMENT_TOKEN_TO_BE_REPLACED 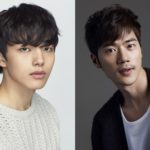 Looks like tvN has a tightly knit acting group lined up for the upcoming spring drama Circle, an inner circle of talented and good looking leads so to speak. Confirmed now are dual male leads Kim Kang Woo and Yeo … END_OF_DOCUMENT_TOKEN_TO_BE_REPLACED