I mean, there are two kids under 10 involved so this isn’t funny nor something that should be handled via public statements but yet here we are, day 3 of the Barbie Hsu (Da S) and Wang Xiaofei pending divorce. Normally the non-celeb spouse of a star in Taiwan ent gets little coverage but Chinese business man and chaebol heir Wang Xiaofei was super high profile from the beginning opening his own restaurants, launching his own businesses, and attending plenty of star studded events where he also was covered. So this feels like two famous people getting divorced and that’s why his Weibo and SNS activity has always gotten so much attention because he’s semi-famous. After posting an SNS on June 4th blasting Taiwan and praising Mainland China for COVID-19 related issues, the next day a reporter asked Da S what she thought of his SNS post and she told the reporter she was getting divorced and so has no thoughts on what Wang Xiaofei thinks or wrote. Since then he deleted the post, wrote an apology that he was worried about his family and people are emotional during this pandemic so he’s sorry for saying hurtful words, her mom and his mom have been trying to talk her out of the divorce, but she’s told friends that it’s over. Right now he’s in Mainland China and she’s in Taipei and if he wants to fly there to personally talk his wife off the divorce cliff he needs to quarantine for two weeks first so yikes, hard to kiss and makeup when you have to take two weeks before seeing each other. TW-netizens have also noticed that Da S has cancelled her Weibo follow of Wang Xiaofei though he’s still following her.

END_OF_DOCUMENT_TOKEN_TO_BE_REPLACED 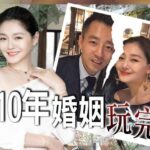 Welp, with Taiwan under the tightest COVID-19 lockdowns since the pandemic started 19 months ago, this is clearly going to be the biggest fish news for the tabloids. Taiwanese actress-singer Barbie Hsu (Da S) announced this morning to an Taiwan … END_OF_DOCUMENT_TOKEN_TO_BE_REPLACED 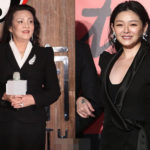 It ’s not easy in the entertainment industry anywhere, and aside from the casting tribulations the commentary and standards continue to follow a star even after pseudo-retirement. TW-actress Barbie Hsu (Da S) hasn’t acted in years ever since her marriage … END_OF_DOCUMENT_TOKEN_TO_BE_REPLACED 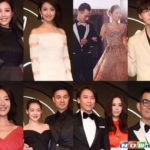 The festivities have moved from Hawaii back to Taiwan for the final stop in TW-actress Ady An‘s wedding extravaganza of the year. Celebrity weddings can be lavish and over-the-top and Ady’s definitely is up there in terms of how much … END_OF_DOCUMENT_TOKEN_TO_BE_REPLACED 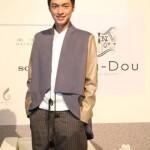 It’s hard to write about the sad events in entertainment, and nothing is as sad than the death of an entertainer. It’s so final, turning the reel enjoyment into a real sadness that seeps through the screen even if the … END_OF_DOCUMENT_TOKEN_TO_BE_REPLACED