The hammer falling on C-actor Deng Lun (Allen Deng) for his tax evasion isn’t just complete it’s swift so basically completed within 24-hours. His Weibo account is removed, his Douyin account the same, and his name is gone from all the dramas he starred in which are officially streaming online including his biggest hit Ashes of Time and also his upcoming drama Night Wanderer. I feel like I’ve seen this show before, and the most recent participants were in most recent order: Zhang Zhe Han, Wu Yi Fan (Kris Wu), and Zheng Shuang. In addition to basically “evaporating” within C-ent presence, he lost 15 endorsements in the span of the 24-hours with one that just announced him as the new spokesmodel not one day earlier. C-ent is saying that he’s done DONE, like no possibility for comeback. He’s got liuliang popularity but apparently hasn’t left a strong and positive string of good impressions behind him within the industry insiders. Also this tax evasion was super bad – his team was informed that the government was questioning his taxes, and urged to rectify the filing. When he did not do so, then the government proceed to open a formal investigation, found the under reporting, and then went public with it. So had he fixed it when it was just an informal matter with the tax authorities he may have come out of this unscathed.

END_OF_DOCUMENT_TOKEN_TO_BE_REPLACED 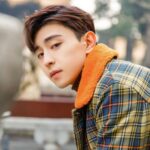 I know paying taxes is painful, and it’s tempting to under report here and there, and honestly if it was just a little it will probably just slip through the cracks. But the tax evasion cases with celebrities (Chinese and … END_OF_DOCUMENT_TOKEN_TO_BE_REPLACED 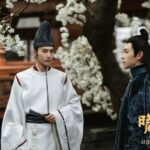 The hits keep on coming for Chinese director and screenwriter Guo Jingming, best known for his Tiny Times novels and movie adaptations. Recently he published a formal apology to writer Zhuang Yu for plagiarizing her novel 17 years ago, which … END_OF_DOCUMENT_TOKEN_TO_BE_REPLACED 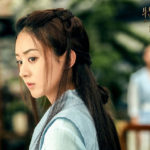 Actresses rarely get the accolade of aging beautifully, reserved for actors who grow older onscreen with dignity while the fresh-faced beauties are held up to impossible standards. With that said, leading lady Zhao Li Ying is absolutely aging beautifully and … END_OF_DOCUMENT_TOKEN_TO_BE_REPLACED