Sigh, this is what happens when the product value drops and people find alternative options. If I could watch K-dramas on television to help with domestic ratings I would because I love the variety available and to know that low ratings = fewer CFs sold = losing money which ultimately leads to fewer K-dramas being produced and that sucks. K-ent is reporting this week (article) that 2020 is basically a total dud for the Big Three networks MBC, KBS, and SBS when it comes to their prime time dramas despite four more months remaining. All three networks have announced that it will be essentially cutting its K-drama production in half in 2021, and actually it’s already decreased this year from prior years. KBS had 12 prime time dramas this year and is scheduling only 7 for next year, and same goes with MBC scheduling 6 and SBS is scheduling 8 for next year.

The different ways to try and make money hasn’t work – from splitting each episode in half to broadcast more CFs, sell from PPL, and create different drama formats like 4-episode and 8-episode dramas. SBS took the boldest move of ending Wed-Thurs dramas (which used to be THE most coveted time slot) and starting Fri-Sat prime time dramas and focusing on Mon-Tues dramas, but that hasn’t worked out either. Only Romantic Doctor, Teacher Kim 2 got high ratings, and the few SBS dramas to get above 5% ratings Hyena, Good Casting, and The King: Eternal Monarch still did not make money for SBS due to the high cost of each episode production especially with The King. An insider explained that drama productions cost billions of won and the Big Three networks are basically unable to recoup cost and definitely can’t make a profit, and also competition from cable networks and cheaper variety shows are making it untenable for this to continue much longer.

END_OF_DOCUMENT_TOKEN_TO_BE_REPLACED 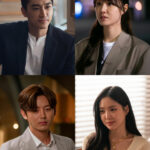 It’s the midway point for K-drama Dinner Mate (Shall We Have Dinner Together) and I’ve been watching intently but haven’t felt the urge to write it about until now. That’s probably because each episode feels like a bite, or perhaps … END_OF_DOCUMENT_TOKEN_TO_BE_REPLACED 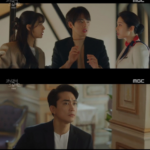 My Monday picked up majorly and a new 8-week addiction has formed. MBC premiered new Mon-Tues drama Dinner Mate (Shall We Have Dinner Together) and it’s basically tailored made to hit every one of my rom-com happy nodes. There’s handsome … END_OF_DOCUMENT_TOKEN_TO_BE_REPLACED 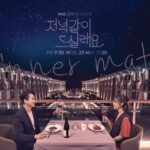 I’m glad I didn’t check out the source material manhwa for upcoming K-drama Dinner Mate (Shall We Have Dinner Together). It just exudes classic rom-com vibes and I want the feeling of being pleasantly surprised rather than already knowing what … END_OF_DOCUMENT_TOKEN_TO_BE_REPLACED 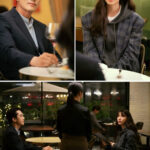 K-actor Song Seung Heon has over a dozen K-dramas under his belt and a good portion are with MBC. He’s coming back with Dinner Mate (Shall We Have Dinner Together) later in May costarring Seo Ji Hye and the two … END_OF_DOCUMENT_TOKEN_TO_BE_REPLACED 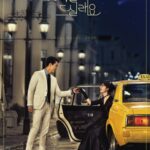 The idea of Dinner Mate (Korean title Shall We Have Dinner Together) sounds even more illusive and romantic when dining out is a life luxury. Upcoming MBC rom-com Dinner Mate with Song Seung Heon and Seo Ji Hye released trailers … END_OF_DOCUMENT_TOKEN_TO_BE_REPLACED