Well this is bad juju stuff all around. Seoul police have announced that it is investigating the report of sexual assault of a female actress (small role) who starred in SBS drama Good Casting. She is accusing a male supporting actor in the same drama, the two met from working together, of attempted sexual assault right before Christmas on December 23rd. Media is reporting that the actor is Bae Jin Woong who has lots of big name dramas under his belt including Lawless Lawyer and Prison Playbook, and had parts in over a dozen movies and is currently shooting a new movie as well. The alleged victim is reportedly getting psychological counseling and the police hopes to finish its investigation soon.

END_OF_DOCUMENT_TOKEN_TO_BE_REPLACED 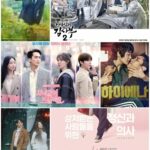 Sigh, this is what happens when the product value drops and people find alternative options. If I could watch K-dramas on television to help with domestic ratings I would because I love the variety available and to know that low … END_OF_DOCUMENT_TOKEN_TO_BE_REPLACED 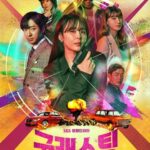 Wowser, consider me surprised but also believing that this could have happened. New SBS Mon-Tues drama Good Casting, which takes over from Nobody Knows, rather impressed with a nobody could have expected surprising ratings. Episode 1 notched 9.5% and 12.3%, … END_OF_DOCUMENT_TOKEN_TO_BE_REPLACED