With the release of the first official trailer, I think it’s safe to expect supremely dorky rather than totally awesome with upcoming period C-drama God of War Zhao Zhi Long. Folks were naturally skeptical about Korean idol-actress Yoona being cast as a period C-beauty, but the trailer reveals that she’s far from the only one miscast. Aside from supporting female leads Jia Qing and Gu Li Ne Zha, I found everyone else including leads Lin Geng Xin, Kim Jung Hoon, and Godfrey Gao all wrong for their roles.

I just want to yell at Lin Geng Xin to stop slouching and looking constipated, Yoona is like a teen cosplaying an epic period goddess, Kim Jung Hoon has one expression called smirking, and Godfrey appears to have wandered from the catwalk of a period costume fashion show into this drama. Check it out for yourself, at least Yoona’s styling for the press conference last week is the first time she’s looked halfway decent for this drama. The trailer made me shake me head, how is it possible to style such a pretty young lady into looking downright awkward onscreen. END_OF_DOCUMENT_TOKEN_TO_BE_REPLACED 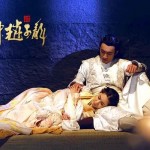 The first official full scale drama stills are out for upcoming period C-drama God of War Zhao Zhi Long. I’ll go soft on my critique for now and just say that I’m not impressed. I’ll leave it to the angry … END_OF_DOCUMENT_TOKEN_TO_BE_REPLACED 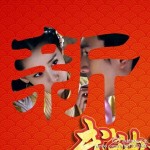 I don’t know whether to be annoyed or impressed with the production of upcoming period C-drama God of War Zhao Zhi Long. The drama released the most teaser-ish of teasers, putting all previous drama teases to shame for showing too … END_OF_DOCUMENT_TOKEN_TO_BE_REPLACED

Filming has started for the big-budget and big-cast upcoming period C-drama Wu Shen Zhao Zi Long with a working English title of God of War Zhao Yun. The drama made headlines last month for the casting of SNSD member Yoona … END_OF_DOCUMENT_TOKEN_TO_BE_REPLACED

Looks like Kim Bum‘s career transition over to Chinese entertainment is in for the long haul. His first forays into the industry have been well-received all things considering, whether it’s a supporting role in the Young Detective Dee movie or … END_OF_DOCUMENT_TOKEN_TO_BE_REPLACED

I think my motto now should be “ask and you shall receive”, or maybe “have faith”. I’m a huge ArGe shipper, and in the midst of promotions for the upcoming Tangren fantasy RPG wuxia drama Xuan Yuan Jian, the cast … END_OF_DOCUMENT_TOKEN_TO_BE_REPLACED