I’m so numb to the K-drama PPL escalating insanity but even I was almost jolted to annoyance upon spotting a cold coffee cup in male lead Suho‘s hands in the official drama poster for MBN cable drama Rich Man, adapted from the J-dorama Rich Man, Poor Woman. When everyone in a drama eats at Subway and/or frequents the same three major coffee chains, it’s hard not to think that PPL spread like a virus can end up on a drama poster, but thankfully the coffee brand is blocked out by the drama tagline. The official poster is cute, showing that female lead Ha Yeon Seo is way more into the male lead, but Suho’s leading back into her slightly and the head turn in her direction shows interest back, which captures the lead romantic dynamics nicely. The drama premieres next Tuesday May 8th and hopefully will put to rest whether it was the right idea to remake a much loved J-dorama original. END_OF_DOCUMENT_TOKEN_TO_BE_REPLACED 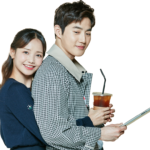 I’m currently on J-dorama kick and boy does it feel like a much needed palate cleanser between my steady courses of K-dramas. That makes for a nice dovetail into the upcoming K-drama remake of one of my favorite J-doramas Rich … END_OF_DOCUMENT_TOKEN_TO_BE_REPLACED 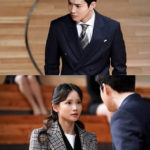 The arrival of the K-drama remake of J-dorama Rich Man, Poor Woman is actually earlier than I thought, with the shortened title of Rich Man premiering on cable network MBN on May 9th. I’m relatively interested for various reasons, love … END_OF_DOCUMENT_TOKEN_TO_BE_REPLACED 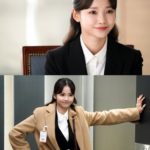 The first stills are out for the K-drama adaptation of one of my favorite J-doramas of all time Rich Man, Poor Woman. The K-version is simply called Rich Man, maybe because the Poor Woman part is condescending but without it … END_OF_DOCUMENT_TOKEN_TO_BE_REPLACED 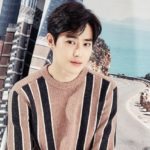 Remaking a beloved J-dorama is a K-drama staple and to date the results remain mixed. There are too many to list one by one but currently airing This Life is Our First is clearly heavily inspired by hit rom-com We Married … END_OF_DOCUMENT_TOKEN_TO_BE_REPLACED