I’m liking the further casting of upcoming K-drama Memories of Alhambra which has already confirmed high profile leads Hyun Bin and Park Shin Hye. After a relatively well-received supporting role in last year’s Missing 9, Chanyeol of the idol group EXO has been cast in Memories as the younger brother of Park Shin Hye’s character. Joining Chanyeol in a supporting role is K-actress Han Bo Reum who plays Hyun Bin’s character’s second wife that he’s in the process of divorcing. The drama is a fantasy tinged tale about a company president on a work trip to Spain who crosses paths with the guitar-playing owner of a small inn, and the get stuck inside and can’t leave. The drama is slated to start filming later this month for a fall 2018 premiere. END_OF_DOCUMENT_TOKEN_TO_BE_REPLACED 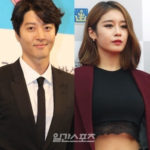 Unlike the what goes up must come down adage, relationships have two endings with either staying together or breaking up. Sadly two more K-ent star couples have called it quits in recent days though neither pairing elicited too much hope … END_OF_DOCUMENT_TOKEN_TO_BE_REPLACED 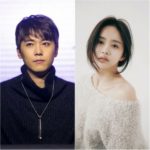