There’s no clearer sign that Lee Jin Wook has passed on Hello Monster than to hear that another leading man is being offered the gig. Is it considered trading up or down that the role is moving from Lee Jin Wook to Lee Sang Yoon? Maybe just trading sideways, considering both were well-received leading men in a tvN cable drama last year, Lee Jin Wook with Three Musketeers and Lee Sang Yoon with Liar Game. KBS has offered the criminal profile leading man role in upcoming Mon-Tues drama Hello Monster to Lee Sang Yoon, but with the drama still months out from airing there might not be a confirmation anytime soon.

Still in talks to round out the cast are Jang Nara as the leading lady, Lee Chun Hee as the second male lead, Park Bo Geum and Choi Won Young in supporting roles, and D.O. of EXO in a guest-starring turn for the first two episodes. I’m fine with Lee Sang Yoon taking this role, wasn’t even all that sad that Lee Jin Wook passed, but the only thing I ask is that Lee Sang Yoon be styled dark, scruffy, and wear guyliner. Who knew the clean cut Lee Sang Yoon could actually be sexy in Liar Game, and when I mean sexy I mean “ho momma give me some air here” level sexy. If he’s a sexy criminal profiler then I won’t even care that it’s not professionally realistic, I’ll be too busy fanning myself to think clearly. END_OF_DOCUMENT_TOKEN_TO_BE_REPLACED 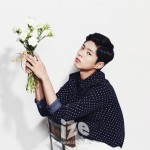 There are worst places to be in the casting process than where upcoming KBS drama Hello Monster is right now. The drama is in a weird spot of having filled out the cast except for the leading man role. Luckily … END_OF_DOCUMENT_TOKEN_TO_BE_REPLACED 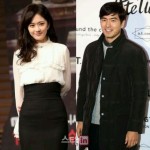 Whenever I see a picture of smiling Jang Nara it also brings a smile to my face. She may not be an actress I love but she’s always watchable in all her performances. Call it a combination of effortless charm … END_OF_DOCUMENT_TOKEN_TO_BE_REPLACED

This casting news feels like three steps too early but that’s hardly a problem when the bigger issue is recent dramas seemingly not being able to cast leads. The upcoming KBS Mon-Tues drama has now been confirmed to be an … END_OF_DOCUMENT_TOKEN_TO_BE_REPLACED