For a revenge drama Again My Life was surprisingly fun to watch, probably because it used the second chance at life conceit so facilely that the male lead was always winning. But most revenge dramas tend to be more pain than pleasure or at least earning the pleasure in the very end and sometimes that’s just exhausting to watch. jTBC Wed-Thurs drama Insider just looks dark and makes poor Kang Ha Neul look absolutely beaten up and beaten down in promos, posters, and previews. I may jump in later on for a marathon but right now it just bums me out despite the drama looking by all accounts a quality production. The ratings went up in the second episode to 3.274% which is a good sign. On the other hand tvN drama Eve continued its downward ratings trend but once again it’s not a big drop but merely that the rating keeps doing down rather than up even slightly. Thursday’s episode 4 dropped below 3% to 2.957% and whoever cast Park Byung Eun as the male lead and target of Seo Ye Ji‘s revenge did an incredible job because they really made his character look so nasty, all gross with puffy faced with lust I shudder when I see his stills (in a good way because he’s selling the sleaze) and hope that Seo Ye Ji’s character not only destroys him (for revenge purposes) but also maybe cut off his man bits too for good measure because he looks like he deserves whatever grand convoluted revenge plan she’s cooking up.

END_OF_DOCUMENT_TOKEN_TO_BE_REPLACED 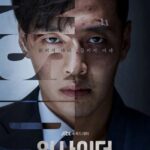 All this talk around the casting of K-drama Tree Dies on Their Feet made me forget that male lead Kang Ha Neul will be back on the small screen before then first with jTBC drama Insider. The drama released the … END_OF_DOCUMENT_TOKEN_TO_BE_REPLACED 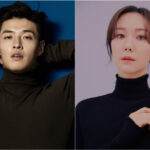 Winning the Baeksang Best Actor in a Drama Category in 2020 means industry eyes are on Kang Ha Neul to see what television projects he picks next and whether it’s another success. He’s confirmed to go with cable network JTBC … END_OF_DOCUMENT_TOKEN_TO_BE_REPLACED 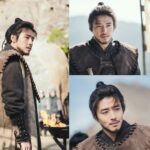 It’s a two-fer for K-actor Kang Ha Neul in dramas this year, and who knows he may even do more! The award winning actor has picked his next leading man role and has signed on for legal thriller Insider as … END_OF_DOCUMENT_TOKEN_TO_BE_REPLACED