I can’t imagine what the Jeon family is going through and wish so much this news turned out to be a misreport. The exact cause of death of Jeon Tae Soo after being found deceased in his apartment will likely not be revealed to the public at the behest of the family, who have asked for the media and netizens to not speculate. I like to remember this young man for his mark on K-ent, the dramas he did and of course the fans he had. He didn’t act since 2013 but was active on Instagram and that’s where his fans kept up with his. His most recent posts were one of him with a sunlit background, and one where he posted of the marina saying he would be right back. Other recent posts show him with a towel around his neck likely from working out. His famous older sister Ha Ji Won has cancelled all her scheduled events and the family asks for space to grieve privately, with the funeral to be a closed to the public affair. END_OF_DOCUMENT_TOKEN_TO_BE_REPLACED 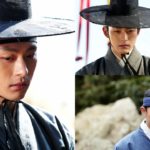 It’s with a heavy heavy heart I have to post about another sudden and much too young passing in K-ent. Actor Jeon Tae Soo has passed today on January 21, 2018, only 34 years old so this news is a … END_OF_DOCUMENT_TOKEN_TO_BE_REPLACED 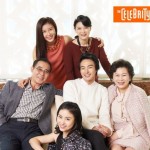 I hate to be the bearer of bad news but real life doesn’t always imitate fiction and sometimes even exceeds it in ways impossible to prepare for. 2016 was looking rosy for A-list Korean actress Ha Ji Won, but before … END_OF_DOCUMENT_TOKEN_TO_BE_REPLACED

It’s a rare treat to take a peek behind the curtains into a Korean entertainers family life, and even rarer that its coming from a huge A-lister like Ha Ji Won. In the December issue of The Celebrity magazine, Ha … END_OF_DOCUMENT_TOKEN_TO_BE_REPLACED