This is a very comforting and bittersweet as a final bookend to recently passed Korean idol Jonghyun’s life and career. His agency SM Entertainment has announced that it will be releasing the already recorded solo tracks Jonghyun laid down before his passing a month ago on December 18, 2017. The mini-album is titled “Poet/Artist“, so fitting for this sensitive and talented young man with the soul of a poet and the work of an artist. All proceeds will be donated to charity, and in the meantime his group SHINee has announced that it will forge ahead with all scheduled performances and events as a now 4-member group as Jonghyun would have wanted and a tribute to his legacy. Also fitting is to see Jonghyun selected in the 27th spot of the TC Candler 2017 list of Most Beautiful Faces in the men’s list. Hopefully his family, friends, and fans will take solace in all these positive remembrances of Jonghyun. END_OF_DOCUMENT_TOKEN_TO_BE_REPLACED

Good lord, I thought I had my emotions in check for the last week with the shocking K-ent news of the suicide of SHINee member Jonghyun, but clearly death and one that comes much too early will always cut to … END_OF_DOCUMENT_TOKEN_TO_BE_REPLACED 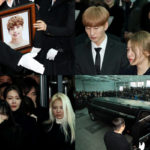 You worked hard, Jonghyun. You did well, and please be at peace now. It was heartbreaking to read Jonghyun’s final letter that he intended as a suicide note, filled with so much despair with no hope for a brighter future. … END_OF_DOCUMENT_TOKEN_TO_BE_REPLACED 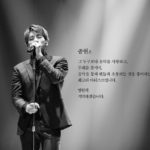 Farewell and sleep soundly, dear prince of the K-ent music scene. While Jonghyun of SHINee was just one of the many popular male idols in K-ent, and the group even being on the tail end of its life cycle, his … END_OF_DOCUMENT_TOKEN_TO_BE_REPLACED 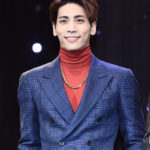 This is such terrible and sad news and I’m bereft to have to write another passing away news update for K-ent so soon yet again. K-news is reporting and has been confirmed agency SM Entertainment that idol Jonghyun (Kim Jong … END_OF_DOCUMENT_TOKEN_TO_BE_REPLACED

January has been a busy news month for Lee Yoo Bi, a relatively newbie actress that I’ve been keeping my eyes on since she made a decent turn in Nice Guy followed by a stunning performance in Gu Family Book. … END_OF_DOCUMENT_TOKEN_TO_BE_REPLACED