I know Christmas is passed but hopefully everyone has been good and in the mood for extra pretty presents. The cast of upcoming sageuk movie The Joseon Magician is pulling out all stops to promote the movie ahead of its December 30th premiere. And by pulling out all stops, I mean parading leads Yoo Seung Ho and Go Ara around as much as possible in the cutest presentations conceivable. As much I find Yoo Seung Ho beyond handsome and charming, it remains Go Ara who is stealing all my attention as these movie premieres.

She looks soooooo pretty its unreal, whatever elixir she’s bathing in I want a spigot to my house. The movie can be called The Pretty Joseon Princess and I wouldn’t have a problem with that, lol. To celebrate the Christmas holiday season during the movie media events, the two leads donned holiday headbands and threw out tons of hearts at the audience. I definitely feel the love, and it’s much appreciated, but whether the movie finds an audience remains to be seem. Currently Himalayas and Inside Men continues to dominate the domestic box office while sageuks haven’t done well in the movies this year other than The Throne (Sado). END_OF_DOCUMENT_TOKEN_TO_BE_REPLACED 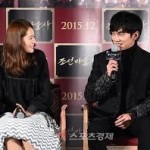 Oooooof, are these two adorable to infinity or what? And in a direct showdown between my darling Yoo Seung Ho and his leading lady Go Ara, for this round I’d actually give the win to Ara for shining brightest at … END_OF_DOCUMENT_TOKEN_TO_BE_REPLACED 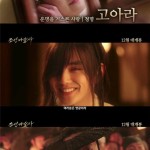 I’ve always thought Go Ara was one of the prettiest Korean actresses around, and the reason I’m mostly indifferent to her is solely because of encountering her probably too early in her career when her acting was pretty darn bad. … END_OF_DOCUMENT_TOKEN_TO_BE_REPLACED 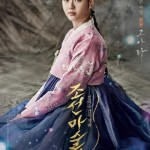 Upcoming sageuk K-movie The Joseon Magician has been all about male lead Yoo Seung Ho in the promos, for good reason since he’s the titular Joseon Magician and this drama will be his first acting project since his military discharge. … END_OF_DOCUMENT_TOKEN_TO_BE_REPLACED 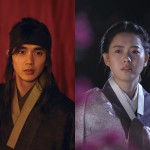