There are too many different elements at play with the controversy around Joseon Exorcist, some understandable and others just nonsense of letting the jingoistic minority perform cancel culture on things that likely happened in history they simply don’t like/accept. After airing only 2 episodes, SBS has announced that it will be cancelling the remainder of the drama after first considering ways to resolve the netizen problems with it, the network is in discussion through the night and will make a final decision by the morning. I’m so disappointed, rather than individual viewers simply NOT watching, the collective mob has descended so a drama has no way to keep filming regardless of the harm to the cast and crew who worked hard on it. The problems netizens have with the drama are: King Taejong was shown slaughtering innocent people due to a hallucination which besmirches his good name in history, the food eaten at a Joseon border town to China was Chinese items mooncake and thousand year old eggs, Jung Hye Sung’s hairstyle and outfit look like C-drama period styling, and a sword used looks like Chinese style weapon.

The first issue has historians and even the descendants of the Joseon royal family upset and demanding retraction/cancellation. This could be fixed by re-airing the first two episodes and making all characters including the King fictional to Joseon history. The latter three are just stupid K-netizen pride and hatred of all Chinese things frothing at the mouth and I just can’t. But JE truly has no viable way to continue because all advertisers were pressured to and did pull their advertising and the filming sponsors (hanboks and location shoots) will not allow lend itself to the drama anymore so realistically there is no viable path forward left. I don’t think the drama can finish filming and sell itself to a streaming network like Netflix either, it has Kingdom already and probably won’t touch this touch potato lest K-netizens threaten to boycott Netflix as well. I am truly dismayed at what happened here, no wonder more and more people are genuinely aghast at this expanded “it offends ME and I think it’s wrong” cancel culture happening in developed countries.

END_OF_DOCUMENT_TOKEN_TO_BE_REPLACED 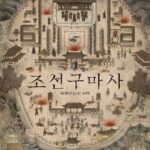 Yay it’s finally here ! This Monday is the premiere of new SBS sageuk Joseon Exorcist, returning the network a drama in that Mon-Tues time slot after Penthouse finished its first season and moved the second season to Fri-Sat. It’s … END_OF_DOCUMENT_TOKEN_TO_BE_REPLACED 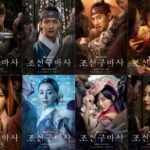 I’m so looking forward to SBS sageuk Joseon Exorcist less for the zombie aspect but solely for the amazing cast and to find a good sageuk. I’m super sad my most anticipated River Where the Moon Rises didn’t have a … END_OF_DOCUMENT_TOKEN_TO_BE_REPLACED 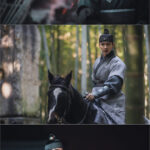 This week new K-dramas are piling on like zombies spotting a live human but after we get out from under the backlog there are still more premieres to come in early March. One that I am super looking forward to … END_OF_DOCUMENT_TOKEN_TO_BE_REPLACED 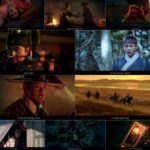 I love Jang Dong Yoon but it feels like his three most recent K-dramas are venn diagrams. Tale of Nokdu he played an discarded prince in a Joseon, Search he’s a soldier hunting zombies in the DMZ, and now in … END_OF_DOCUMENT_TOKEN_TO_BE_REPLACED 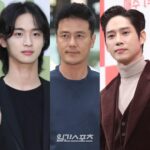 Yay, a legit big budget action and palace intrigue saguek to look forward to in 2021, with a dash of fantasy. The casting for Joseon Exorcist has been firmed up and my #1 excitement is seeing Jang Dong Yoon return … END_OF_DOCUMENT_TOKEN_TO_BE_REPLACED 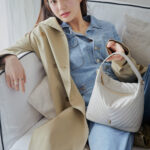 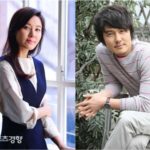 The older I get the less incline I am to even watch a drama or movie that just sounds supremely depressing right off the bat. Yes yes, I know it may herald an uplifting and meaningful story but goodness it … END_OF_DOCUMENT_TOKEN_TO_BE_REPLACED 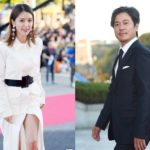 The most exciting thing at the 2018 Korean Dramas Awards was how utterly lackluster it was. Other than veteran Yoo Dong Geun showing up to accept his Daesang and his weekend drama Marry Me Now winning Best Drama, it was … END_OF_DOCUMENT_TOKEN_TO_BE_REPLACED 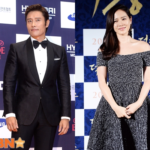 I feel like I can start copying and pasting from my last two drama award nomination posts since it’s the same few drama names, actors, and actresses making the list. The 2nd annual Seoul Awards assembled by Sports Seoul released … END_OF_DOCUMENT_TOKEN_TO_BE_REPLACED

[Yeorobum, I’m thrilled to welcome back summer hibernating Jomo to the world of drama writing! I’m even happier that she loves MBC‘s currently airing Wed-Thurs drama My Spring Days to the extent that she wants to write about it. I love … END_OF_DOCUMENT_TOKEN_TO_BE_REPLACED

I have nothing against the upcoming MBC drama My Spring Days, and in fact quite like the leads Sooyoung of SNSD and Kam Woo Sung. Not to mention the return to acting of second male lead Lee Joon Hyuk who … END_OF_DOCUMENT_TOKEN_TO_BE_REPLACED

There’s finally a reason for me to sit up and take note of the upcoming MBC Wed-Thurs drama My Spring Days (The Spring Days of My Life) which will take over for Fated to Love You come September. It’s sad … END_OF_DOCUMENT_TOKEN_TO_BE_REPLACED