I don’t know why I’m lowkey super excited for the next tvN Wed-Thurs drama My Roommate is a Gumiho. By all accounts expectations should be low but Mouse really wore me out and a silly fun rom-com can totally refill the drama meter. The drama airs on tvN this Wednesday with a simulcast on Chinese streaming giant iQiyi, which co-produced the drama. Jang Ki Yong plays a 999-year gumiho (nine-tailed fox) who has been nurturing a fox bead to turn himself into a human, which accidently gets ingested by real human girl Hyeri so the two end up cohabitating until he can find a way to get it out of her. For her sake too, if it stays in her body it will burst in one year and she’ll die. Any reason for cute cohabitation in K-dramas is fine with me, the promos have been cute enough and Hyeri isn’t mugging up the screen (so far) and Jang Ki Yong is making the most of his model good looks as the aloof gumiho. The drama is adapted from the same name webtoon and directing is the PD of Weightlifting Fairy Kim Bok Joo, 100 Days My Prince, and Kkondae Intern.

END_OF_DOCUMENT_TOKEN_TO_BE_REPLACED 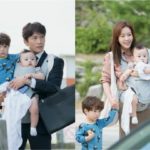 The conclusion of tvN time-travel and do-over drama Knowing Wife (Familiar Wife) frees up on Wed-Thurs again after being fairly addicted for the past eight weeks. I tried to watch on the days it aired but wasn’t so engrossed that … END_OF_DOCUMENT_TOKEN_TO_BE_REPLACED