*Grabby hands* When is this drama going to air?! K-actor Lee Jong Seok is one of my faves and he was in military service from 2019-2021 but came out last year and still hasn’t been seen yet on the big or small screen. He did pick his projects which just haven’t aired yet but hopefully the drama comes first with tvN legal drama Big Mouse. It has also been called Big Mouth which I think was either the original title or K-ent reporters were all just calling it wrong. He plays a two-bit lawyer with the nickname Big Mouth who gets caught up in a murder case and mistaken for a famous swindler named Big Mouse. So I guess both names work for the drama. His wife in the drama is played by Yoona so the romance part is not the falling in love but the already together and tackling a big challenge by each other’s side. I hope it’s as intense and swoony as Flower of Evil‘s married couple were. Anyhoo, I thought this drama would for sure be scooped up by Netflix but in a surprising turn of events this week it was revealed that the drama would stream internationally and domestically exclusively on Disney+. This follows Snowdrop and the currently airing Grid as in the Disney+ expansion playbook into K-dramas. I feel lucky the family has all the streaming services on some weird bundle deal Mr. Koala found so any of the platforms is fine with me. Joining the two leads in Big Mouse are also some top supporting talent with Kim Joo Hun, Ok Ja Yeon, and Kwak Dong Yeon.

END_OF_DOCUMENT_TOKEN_TO_BE_REPLACED 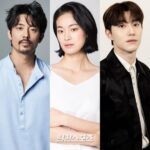 The cast of upcoming tvN legal drama Big Mouth just exploded this week with so many recognizable faces joining leads Lee Jong Seok and Yoona. I guess filming is starting soon lol. Every one of these supporting leads have other … END_OF_DOCUMENT_TOKEN_TO_BE_REPLACED 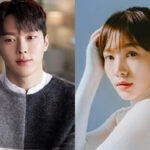 The casting musical chairs went around multiple times for upcoming melo-romance Now, We Are Breaking Up and the leading lady ended up being the very first name offered the role. Song Hye Kyo will indeed be the female lead of … END_OF_DOCUMENT_TOKEN_TO_BE_REPLACED 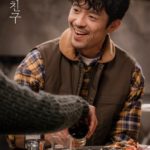 To me tvN Wed-Thurs drama Encounter (Boyfriend) is the drama that keeps on giving, like a Christmas tree that deposits a hidden present every time I shake it. I can devote a post to every scene stealer in a drama … END_OF_DOCUMENT_TOKEN_TO_BE_REPLACED