I confess to skipping the last installment of the KBS drama School franchise, namely School 2017. Four years ago I looked at the cast and didn’t know anyone and thought it was a bunch of randos so passed. Now I’m ready to find time for a watch thanks to the incredible success of the cast in the intervening years, and breakthroughs for so many in just the past year. Male leads Kim Jung Hyun did Crash Landing on You and Queen Cheorin while other male lead Jang Dong Yoon was in Tale of Nokdu and Search. Female lead Kim Se Jung most recently showcased her fighting skills in The Uncanny Counter. And going down the list Ro Woon is a supporting character in the drama and he’s got Extraordinary You and Sunbae, Please Don’t Put on that Lipstick as male leads getting buzz. Supporting female lead Seol In Ah had memorable supporting performances in Record of Youth and Queen Cheorin. This really does continue the KBS tradition of finding on the cusp young talent and letting them breakthrough via the School series – School 2013 cast that went on to stardom included Lee Jong Seok, Kim Woo Bin, Shin Hye Sun, and Park Se Young while Who Are You: School 2015 had Kim So Hyun, Nam Joo Hyuk, Yook Sung Jae, Kim Min Suk, Lee Cho Hee, Jo Byung Gyu, and Kim Bora. Now I’m even more excited about the upcoming School 2021.

END_OF_DOCUMENT_TOKEN_TO_BE_REPLACED 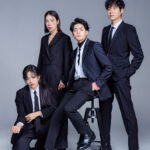 There is so much to celebrate and be proud of and it the biggest surprise of the last month has got to be OCN drama The Uncanny Counter. It airs on the smallest of the three notable cable networks and … END_OF_DOCUMENT_TOKEN_TO_BE_REPLACED 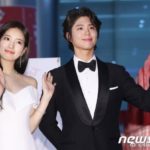 The fashion do’s and don’ts remain my favorite past time for awards shows, mostly because I can’t bother to care about winners that sometimes feel arbitrary or tied to popularity. The 2018 54th Annual Baeksang Arts Awards took place Thursday … END_OF_DOCUMENT_TOKEN_TO_BE_REPLACED 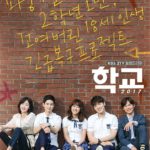 Next Mon-Tues is the premiere of not just one but two new K-dramas so that’ll shake things up a bit. MBC will be airing sageuk A Kings Love, going up against the midway point of the earlier arriving sageuk My … END_OF_DOCUMENT_TOKEN_TO_BE_REPLACED 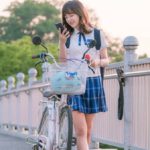 I guess there’s not much story to tell within the School series if it’s about the happy and well-adjusted lives of ordinary high school students in Korea. I’m sure there are such kids but within the School universe it feels … END_OF_DOCUMENT_TOKEN_TO_BE_REPLACED 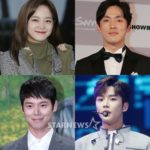 I don’t have much of an opinion about the sudden casting news around School 2017, but I am a firm believer that you get what you pay for. If casting newbies is what KBS wanted that would be fine but … END_OF_DOCUMENT_TOKEN_TO_BE_REPLACED