Guess karma caught up to the production team of KBS drama School 2020, with so much tumult this ultimately isn’t a surprise. K-ent is reporting that the production for upcoming School 2020 has fallen through, which means the drama as we’ve heard won’t be made. Starring male lead Kim Yo Han, transitioning quickly from idol winner of Produce X 101 to rookie actor, the drama first signed Ahn Seo Hyun as the female lead before dropping her and courting Kim Sae Ron. The female lead switch was a he said/she said for why it didn’t work out with both sides pointing fingers at the other but long story short this was probably for the best. KBS drama look to reboot its School franchise another year with an entirely fresh new beginning.

END_OF_DOCUMENT_TOKEN_TO_BE_REPLACED 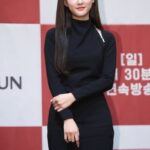 There’s been a change in leading lady an d once again newbie Kim Yo Han as the male lead is getting a true acting heavyweight as his costar. K-actress Kim Sae Ron is in talks to join KBS drama School … END_OF_DOCUMENT_TOKEN_TO_BE_REPLACED 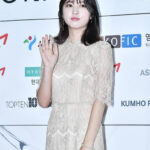 KBS is moving for ward with the next iteration of its popular School series, hopefully it gets back to being entertaining and compelling like School 2013 and School 2015 rather than the meh School 2017. The casting this time will … END_OF_DOCUMENT_TOKEN_TO_BE_REPLACED 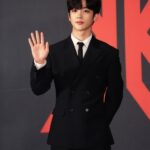 I didn’t cover the disbandment of male idol group X1 two weeks ago, as rightfully so with the news that it’s entire season of Produce X 101 was fully vote rigged. The problem with the vote rigging isn’t that every … END_OF_DOCUMENT_TOKEN_TO_BE_REPLACED