I’ve watched K-dramas for so many years I’m almost inured to how insanely good looking the actors are and many who have equal talent to boot as well. Recently two dramas had me doing double takes and marveling at how those actors really filled up the screen with their height in ways that captivated my attention more than before. I’ve always dated tall guys and Mr. Koala is nearly 5’11” but I think anyone taller than me personally would be fine. As actors, I find any actor over 6′ really commanding onscreen and over 5’10” is plenty enough height to use that as an asset when acting. With that said, 6’2″ Nam Joo Hyuk went FULL VISUAL in Start-Up, it started when he dressed up to pretend to be letter Nam Do San and then the last four episodes his glow up after the time jump had me totally giggling like a school girl he was so ridiculously good looking.

On Kairos, Shin Sung Rok and Ahn Bo Hyun are killing it in their roles but their equal 6’2″ height makes their antagonist conflict so equally powerful onscreen that wouldn’t work nearly as well if they weren’t so tall together. So I decided to do a full assembly of the tallest K-actors working right now and capped it at 6’2″ because there is already over a dozen that height and taller, since there is like 2 dozen more in the 6’1″ and 6′ category. The tallest three are 6’4″ tall Kwang Soo, Lee Ki Woo, and Yoon Kyung Sang, then comes 6’3″ Ro Woon, and finally all those tall dudes below the jump. Among the group the only two I couldn’t believe were 6’2″ were Ahn Hyo Seop and Joo Ji Hoon, both are models when they debuted but for some reason (maybe because they are so skinny) they don’t seem that tall.

END_OF_DOCUMENT_TOKEN_TO_BE_REPLACED 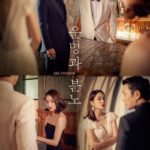 Weekend K-drama melos are like Thanksgiving dinner, it’s so rich and excessive that I only ever crave it once a year, at most. This year I’m finding myself curious about upcoming SBS weekender Fate and Furies starring Lee Min Jung, … END_OF_DOCUMENT_TOKEN_TO_BE_REPLACED 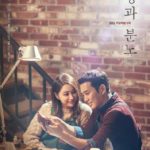 The first teaser and lots of promos are out for upcoming SBS weekend drama Fate and Furies which actually looks surprisingly fantastic. I love the melodramatic moody vibe, it’s intensely dark and makjang romantic, sort of like a non-cheating mc-cheaterson … END_OF_DOCUMENT_TOKEN_TO_BE_REPLACED 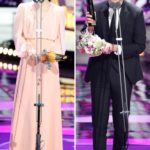 It’s already the 12th annual Seoul Drama Awards, one of the lesser known of the many awards ceremonies Korea comes up with to laud its own creativity and prowess but this time it’s so lackluster to the point I think … END_OF_DOCUMENT_TOKEN_TO_BE_REPLACED 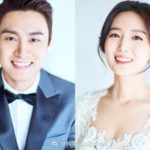 This weekend was the star-studded wedding of famous Korean annoucing and MC couple Oh Sang Jin and Kim So Young, both super photogenic and quite popular in the industry judging by the parade of famous faces and names in attendance. … END_OF_DOCUMENT_TOKEN_TO_BE_REPLACED 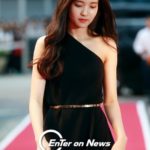 The minor K-drama awards circuit churns on with the arrival of the 2016 Korea Drama Awards, held in connection with the Korea Drama Festival. Kim Soo Hyun finally passed the Daesang baton on, after winning last year for Producers and … END_OF_DOCUMENT_TOKEN_TO_BE_REPLACED 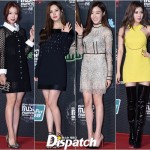 The 2015 Mnet Asian Music Awards (MAMA) took place this week in Hong Kong, gathering together the popular Korean stars of music and acting. It’s basically Hallyu-palooza staged by Korean entertainment conglomerate CJ E&M. The lead up has been pretty … END_OF_DOCUMENT_TOKEN_TO_BE_REPLACED

I ought to give a thanks to Elle Korea for checking in on super low key real life K-ent couple Lee Chung Ah and Lee Ki Woo for me. They are so under the radar, both as a couple and … END_OF_DOCUMENT_TOKEN_TO_BE_REPLACED

As if making up for a lackluster Fall K-drama season, this week has been a veritable buffet of great upcoming drama promotional materials. Leading the pack is Prime Minister and I airing on Mon-Tues on KBS which released a long preview … END_OF_DOCUMENT_TOKEN_TO_BE_REPLACED

This is an interesting bromance and show concept, but I’m not sure if its market-tested properly. Kim Ji Hoon and Lee Ki Woo are pairing up for a cable network show geared towards introducing lifestyle concepts to men. Not exactly … END_OF_DOCUMENT_TOKEN_TO_BE_REPLACED

These days I take whatever good news comes out of K-ent like a thirsty desert traveler spotting an oasis. In a shocker that no one saw coming, probably because the participants aren’t huge A-list actors with fans trailing their every … END_OF_DOCUMENT_TOKEN_TO_BE_REPLACED

So I made a leeeetle mistake in my last post about Kim Hyung Jun’s upcoming single from his new solo mini album called “Escape”. The first single is actually the song “Sorry I’m Sorry” (Super Junior might be having conniptions … END_OF_DOCUMENT_TOKEN_TO_BE_REPLACED