Running this blog for so long there are times I still think the era is X when it’s really moved on to Y. It happens fast in K-pop more than K-dramas and definitely K-movies rarely move the top line. But for actors and actresses there are generational shifts and formerly it was the ’87 line that K-ent kept a close on on especially when it was so full of actors and all of those guys went to the army basically in the same year span. Now it looks like the ’91 line is a powerhouse and even better these talented stars are classmates, college grads in 2010. We have Lee Sang Yi, Kim Go Eun, Park So Dam, Kim Sung Chul, Lee Yoo Young, and Ahn Eun Jin. I didn’t know these stars were all classmates so wowsers for having an acting dream and making it come true. College friendships are so genuine, of course it can crash and burn but at least then people aren’t as calculating yet and the common interests remain so easy to bond over.

END_OF_DOCUMENT_TOKEN_TO_BE_REPLACED 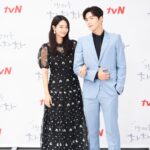 In the past few years my only crack drama addictions have all been in the tvN Sat-Sun time slot, with Crash Landing on You segueing into It’s Okay to Not be Okay then Start-up and most recently Vincenzo. It’s probably … END_OF_DOCUMENT_TOKEN_TO_BE_REPLACED 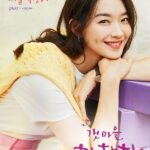 I wish tvN didn’t photoshop the posters so much for Hometown Cha Cha Cha, female lead Shin Mina is overbrushed and male lead Kim Sun Ho has too much makeup and honestly both are perfect exactly as they are. That … END_OF_DOCUMENT_TOKEN_TO_BE_REPLACED 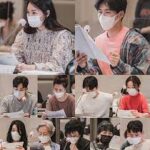 I’m on the prowl for a new K-drama soon as my recent ones have ended or will end soon, and I wish tvN romance comedy drama Hometown Cha Cha Cha (formerly Seaside Village Cha Cha Cha) would be premiering this … END_OF_DOCUMENT_TOKEN_TO_BE_REPLACED 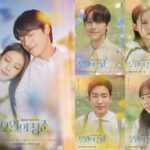 I wonder if short dramas will become more common place, what with shorter attention spans and the fast pace of entertainment consumption. KBS aired the period drama Youth of May very timely premiering in May for a 12-episode run which … END_OF_DOCUMENT_TOKEN_TO_BE_REPLACED 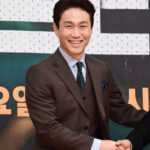 The Joynews Poll celebrating the paper’s 16th anniversary continues and this time the topic is Top K-drama Scene Stealers of 2020. I have tons that come to mind, love this topic because it highlights up-and-comers as well as sometimes overlooked … END_OF_DOCUMENT_TOKEN_TO_BE_REPLACED