My takeaways from the posters, stills, and synopsis for upcoming Channel A melodrama Lie of Lies is that it’s like a prison sentence in and of itself to marry into a chaebol family and lies beget more lies. K-actress Lee Yu Ri turns to the dark side for her own flesh and blood in Lies of Lies, playing a mother who has everything go wrong. She married a chaebol heir and is wrongly accused of killing him, and after coming out of prison she finds her daughter adopted by Yeon Jung Hoon‘s character who is dying of a terminal illness. She lies to become his wife so that she can become the stepmother to her own daughter. Talked about f*%ked up, and one wonders why these people cannot discuss these issues and find a mutually agreeable solution?! Anyways, this will be the second drama in a row following tvN drama Flower of Evil where one parent is lying up the wazoo. Those two poor kids, sigh, good for drama viewing, terrible for childhood development.

END_OF_DOCUMENT_TOKEN_TO_BE_REPLACED 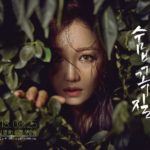 K-actress Lee Yu Ri got her acting and recognition breakthrough in South Korea with weekend drama Come Jang Bori in 2014 and I think this new weekend drama Hide and Seek could give her another boost. I didn’t have this … END_OF_DOCUMENT_TOKEN_TO_BE_REPLACED 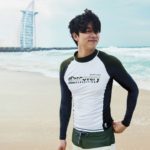 The Korean Advertising Association has weighed in again for it’s annual awards for the entertainers that were the most popular, i.e. helped sell the most goodies to ravenous consumers. The 2017 Korean Brand Awards will be going to boy group … END_OF_DOCUMENT_TOKEN_TO_BE_REPLACED