Holy, this sounds like a fanfic made solely for all my C-drama kinks because the stuff I don’t like much are minimized and the stuff I love are maximized. The first teaser video is out for upcoming xianxia meets Republican era romance C-drama Thousand Years For You (Chinese title 请君 Qing Jun or a greeting that means “Please, Your Lord”). It stars Allen Ren and Li Qin in which is a love-like combo for me and that’s already a win. The premise is like someone mashed up Allen Ren’s famous One and Only and Forever and Ever into one drama (instead of splitting it into two parts where the first part is so depressing one can be traumatized permanently), toss in xianxia fantasy elements in the historical side, and moved the modern times period earlier a hundred years into the Republican era of China). Even better is that this drama is NOT DUBBED, and Allen’s own voice has always been so mrawr soft and sexy and to hear it here is icing on the cake. He plays a war god (totally callback to his One and Only character Zhou Sheng Chen) and she’s a goddess and he dies or goes into eternal slumber only to wake up a thousand years later still with all his memories but now she’s been reincarnated and is leading a mountain bandit gang ahahaha and he still loves her but of course and she just thinks he’s hot and wants him for herself. Don’t we all, ladies.

END_OF_DOCUMENT_TOKEN_TO_BE_REPLACED So this could either be a big hit or a hot mess, but more from the fandom side then the drama actually being bad. C-ent is reporting a big potential casting news this week, the first ever dual female lead … END_OF_DOCUMENT_TOKEN_TO_BE_REPLACED 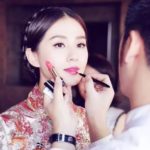 If the C-actresses are dressing way b etter than their K-counterparts on the red carpet, more diverse and experimental, they are also looking better makeup wise with rarely any overly BB-creamed face. K-actresses are so foundationally shellacked it detracts from … END_OF_DOCUMENT_TOKEN_TO_BE_REPLACED 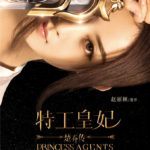