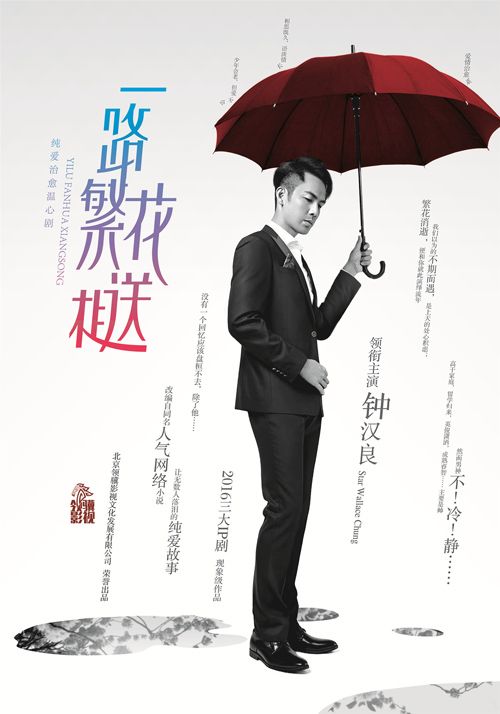 Wallace Chung continues to be a supremely sought after and busy C-drama male lead, and this month he wraps one period C-drama in General and I while continuing to film a modern one tentatively called Flower Accompanying You the Entire Way. It’s adapted from a C-novel, as expected, and pairs Wallace with C-actress Jiang Shu Ying, with the second leads being Aaron Yan and Li Sheng. The story sounds like a twist on Wallace’s popular C-drama My Sunshine (You Are My Sunshine), with college era lovers who break up only to find their way back to each other ten years later. I’m sure the details are all different but Wallace is certainly the perfect pick to play male lead Lu Fei with his relentless love for his ex-girlfriend female lead, which would be pretty funny if he has this male drama archetype cornered by now. END_OF_DOCUMENT_TOKEN_TO_BE_REPLACED

Just days after Roy Qiu went through a potential romance with Tia Li (he shot that down as pure media conjured nonsense) and a break up with never-confirmed girlfriend Tang Yan, h e showed up with his co-stars Li Sheng … END_OF_DOCUMENT_TOKEN_TO_BE_REPLACED

I have this weird problem in that I’m severely allergic to Roy Qiu‘s C-dramas but I love the man to pieces. It’s like loving chocolate but eating it makes one break out in hives. Ottoke? It was fin e and … END_OF_DOCUMENT_TOKEN_TO_BE_REPLACED

On the heels of wrapping filming for Miss Rose, Roy Qiu dropped a few more promotional events last week before setting off for Mainland China this week. He wasn’t joking about heading there next to do dramas and he’s already … END_OF_DOCUMENT_TOKEN_TO_BE_REPLACED

I really can’t figure out China’s fascination with Qiong Yao. I think Taiwan has finally said sayonara to her, but the C-media still loves to revere her as some goddess of romance dramas. I loved her stuff from the 80s … END_OF_DOCUMENT_TOKEN_TO_BE_REPLACED