Here’s to another one biting the dust, and this time for an actual crime so at least fan apologists can’t try to downplay the behavior. Famous Chinese classical pianist Li Yun Di, who has mainstream success and is called the Piano Prince for his young age, talent, and clean cut looks, was arrested and detained by the Beijing Chaoyang District police two days ago for soliciting prostitution. Chaoyang District is home to many celebrity busts from recently Wu Yi Fan (Kris Wu) to a few years ago Kai Ko and Jaychee Chan. The rumor spread like wildfire and was subsequently confirmed by the precinct in an official message naming his arrest along with a woman age 29 with one character of her name redacted. C-netizens immediately found her online presence and shared that she’s this standard sexy influencer type The transaction was reported $10,000 RMB which is almost $1,600 USD. Now there’s a twist to the story with a C-netizen scooper claiming that the arrested woman was simply the Madam and that Li Yun Di’s solicitation partner was a man and uploaded a rugged man picture. This has riveted C-netizens since Li Yun Di’s biggest news in the last decade was his close friendship with Taiwanese-American singer Leehom Wang with their fans thinking the two had romantic feelings for each other, and subsequently fallout when Leehom Wang got married to a non-celebrity woman. His fans actually blamed Leehom for breaking Lee Yun Di’s heart and leading him on. So this prostitition arrest went from “Li Yun Di is NOT gay” and vindicating Leehom and now he’s still probably gay, and once again C-ent spirals down another scandal.

END_OF_DOCUMENT_TOKEN_TO_BE_REPLACED 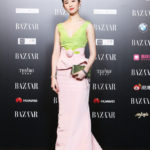 Chinese-speaking entertainments best and brightest stars were out in mega force this past Friday for the annual Bazaar Star Charity Night. There were so many pretty faces and fashionable attire it’s impossible to pick a post topper so I’ll go … END_OF_DOCUMENT_TOKEN_TO_BE_REPLACED

I’m fairly certain Taiwanese-American singer-songwriter-actor Leehom Wang is talented and considered handsome in some quarters. I wouldn’t know because I don’t find him the least bit handsome or his projects interesting. With my disinterest I had to play catch up … END_OF_DOCUMENT_TOKEN_TO_BE_REPLACED