The good promo trend continues as pretty official character posters are out for the soon-to-arrive 2018 Chinese and Taiwanese joint production remake of Meteor Garden from 2001. I love these tropical colored posters with the vibrant green and everyone looking their most darnest in portraying their iconic characters from the well known shoujo manga Hana Yori Dango (Boys Before Flowers). I never realized how much male lead Dylan Wang resembles singer-actor Jiro Wang until now, I totally dig it. Second male lead Guan Hong has a chance to make the Rui character shine on his own curly haired take and he looks flower boy handsome in his melancholy pose. The other two male leads Caesar Wu and Liang Jing Kang also feel alive in their posters which bodes well for having four strong visuals make up the new F4. And last but never lead female lead Shen Yue remains plucky and wide-eyed as ever in her attempt to manga-fy herself into becoming Makino Tsukushi. END_OF_DOCUMENT_TOKEN_TO_BE_REPLACED 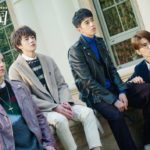 I’m so in! The first teaser is out for Meteor Garden 2018, the TW/C-drama latest adaptation of the perennially popular shoujo manga Hana Yori Dango (Boys Before Flowers), and it looks like the ideal summer guilty pleasure drama watch. The … END_OF_DOCUMENT_TOKEN_TO_BE_REPLACED 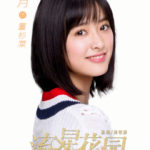 The first character posters are out for the upcoming 2018 drama remake of Meteor Garden, now more officially a TW-drama and C-drama mashup thanks to the producer being Angie Tsai who produced the classic 2001 version but this time getting … END_OF_DOCUMENT_TOKEN_TO_BE_REPLACED