This link will be an interesting pairing, not one I ever thought about, but sounds intriguing once it’s a possibility now. Yeo Jin Gu has been offered the male lead in romance fantasy K-drama Link, which is a drama I’ve been keeping an eye on when late last year it was in talks with Kim Sun Ho as the lead. That fell through as Kim Sun Ho elected to do Hometown Cha Cha Cha but Link is moving on with a younger option that coincidentally has connection with Kim Sun Ho since Yeo Jin Gu was the voice of Kim Sun Ho’s AI assistant in Start-up and also made a cameo in the last episode. The female lead is reportedly Moon Ga Young who continues her steady workload in dramas with mixed degrees of success. Link is slated for early 2022 so let’s wait and see if this pairing gets confirmed soon.

END_OF_DOCUMENT_TOKEN_TO_BE_REPLACED 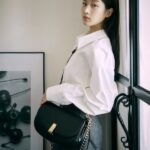 So it looks like 2021 summer K-drama Link will get a completely different set of OTP, and I can’t even say its an upgrade or downgrade because the aura is so totally different. Moon Ga Young continues to work harder … END_OF_DOCUMENT_TOKEN_TO_BE_REPLACED 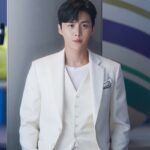 The understandable love for Han Ji Pyeong is so strong it’s no surprise male lead Kim Sun Ho has punched his own ticket to headlining a prime time drama. He’s being courted as the male lead for the tvN fantasy … END_OF_DOCUMENT_TOKEN_TO_BE_REPLACED