I thought K-actress Kim Hye Yoon would be a lot more active this year in 2020, after her two breakout roles the prior year with Sky Castle then Extraordinary You. She does have a K-drama lined up with next year’s Snowdrop but she’s the second female lead with Ji Soo and Jung Hae In, and now her fans will have to content themselves with her second guest star appearance this year in the upcoming K-drama Live On. She was fantastic in her earlier cameo in Record of Youth, it’s a shame her character showed up in the first episode because after the dullsville lack of personality of the female lead if I saw her fiery makeup artist later on in the drama it would have been even more appreciated. She was an angry woman scorned in RoY but for Live On she dons the high school uniform again playing an announcer in the school’s broadcast club. She always looks so cute in school attire.

END_OF_DOCUMENT_TOKEN_TO_BE_REPLACED 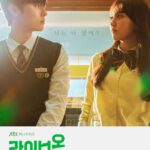 I’m still waiting for my annual high school cute K-drama, it feels like candy corn on Halloween, gotta have it once a year just for the saccharine sweetness. It’s too bad it’s coming in late fall because jTBC drama Live … END_OF_DOCUMENT_TOKEN_TO_BE_REPLACED 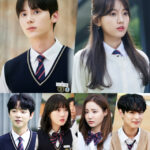 Ooooohhhhh, I totally lost track of this drama so it’s such a treat to see promos for this randomly this week. The upcoming November jTBC drama Live On has released first stills, script reading, and a teaser preview already and … END_OF_DOCUMENT_TOKEN_TO_BE_REPLACED