This Monday was the real test of the late spring prime time K-dramas, as time slot leader Whisper concluded last week and the successor drama premiered to compete with the two new arrivals from last week. SBS aired the sageuk adaptation of My Sassy Girl today and the drama premiered to 8.5% AGB nationwide ratings, putting it in the middle of the pack as KBS finally got out from the ratings slump and took the lead for the night with a nearly double increase for Fight My Way as it broke double digits and took in 10.7% AGB ratings. Rounding out the rear is MBC‘s Lookout as it remains mired in low ratings with 5.6%. It’s a doubke surprise that My Sassy Girl didn’t take the lead and to see Fight My Way go from third place on its premiere episode to leading the time slot by the third. From all accounts all three are enjoyable in their own way go have a go at whatever genre tickles your fancy for the next 8 weeks or so. END_OF_DOCUMENT_TOKEN_TO_BE_REPLACED 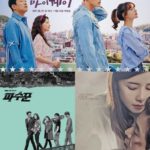 An achievement on the final day is still an achievement nevertheless so the cast and crew of Mon-Tues SBS drama Whisper can pat themselves on the back for finally crossing the 20% AGB nationwide ratings mark. The final episode 20 … END_OF_DOCUMENT_TOKEN_TO_BE_REPLACED 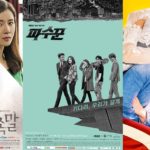 Three new K-dramas premiered this Monday and it wasn’t even a close shot for the direct competitors in the prime time slot. SBS is airing the final week of legal thriller Whisper and nearly broke 20% ratings in this second … END_OF_DOCUMENT_TOKEN_TO_BE_REPLACED 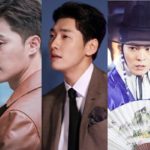 The Mon-Tues slot is about to get a much needed refresher but sadly it won’t be my favorite battle to the death when three new prime time dramas premiere at the same time. Next week comes the first showdown between … END_OF_DOCUMENT_TOKEN_TO_BE_REPLACED