The counterpart to the Joynews insider poll on the Best Dramas of 2021 is also here, the same group of over 200 K-ent professionals were asked what their pick for Worst Drama of the year was. I was not expecting to see this drama make the list since it aired only 2-episodes before it was yanked but by a Titanic wide margin with 75 votes the number 1 worst drama of 2021 was Joseon Exorcist. Makjang ratings queen Penthouse came in second in the race no one wants to win with 43 votes, and third place went to the mopey high brow Lost with 17 votes. After that it’s like a smattering all around: Marriage Lyrics and Divorce Music got 10 votes, Sisyphus: The Myth and Gentleman and Young Lady each got 7 vote, Hometown and Hospital Playlist 2 and Black Hole and Luca tied with 5 votes each, Nevertheless and Imitation received 4 votes apiece, then the 2 vote getters were Hush, Undercover, You Are My Spring, and Kingdom: Ashin of the North, and finally these dramas all got 1 vote with The Devil Judge, Doom at Your Service, Yumi’s Cells, Sunbae Please Don’t Put on that Lipstick, and My Roommate is a Gumiho. I find the pick of Joseon Exorcist as worst drama probably a knee jerk reaction to all that controversy versus anything related to quality since it only aired 2 episodes but for the ruckus it caused then yeah, it’s pretty darn unparalleled in its badness.

END_OF_DOCUMENT_TOKEN_TO_BE_REPLACED 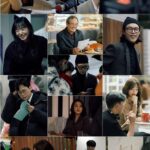 There was always a popular bar that jTBC drama Lost (Human Disqualification) was going to have to vault over. The drama is serious and tackles the depressing aspects of life and that’s never an easy sell. But My Ahjusshi (My … END_OF_DOCUMENT_TOKEN_TO_BE_REPLACED 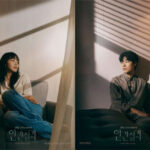 I’m annoyed when productions pick an English title for a K-drama that is both totally different than the Korean title and is so generic or shares the title with a much more famous earlier project. jTBC is calling the upcoming … END_OF_DOCUMENT_TOKEN_TO_BE_REPLACED