Cable network tvN has found its leads for upcoming sci-fi thriller K-drama LUCA, which stands for Last Universal Common Ancestor which is an evolutionary theory. The drama was first offered to Ji Chang Wook who declined and is instead filming Convenience Store Morning Star. Now we have both the male and female leads confirmed and it’s Kim Rae Won paired with Lee Da Hee. Kim Rae Won plays the mysterious male lead with no memory but he holds the clues to a great evolutionary mystery while Lee Da Hee is a dogged detective looking to solve a long buried crime and gets swept up in this big conspiracy. The drama will finish casting soon and head into filming for a later in 2020 premiere.

END_OF_DOCUMENT_TOKEN_TO_BE_REPLACED 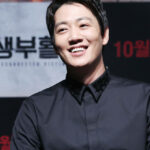 When one door closes another opens, or when one star passes another pops up. Kim Rae Won is in talks for genetics based thriller K-drama Luca, which got press early on when Ji Chang Wook was considering it. He’s since … END_OF_DOCUMENT_TOKEN_TO_BE_REPLACED 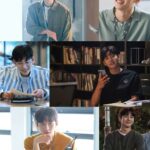 This past weekend was the finale of tvN drama Melting Me Softly and it ended as stupidly as it began. It was just a bad K-drama all around, not one particular element stood out as being the deal breaker much … END_OF_DOCUMENT_TOKEN_TO_BE_REPLACED