TV Chosun weekend drama Marriage Lyrics and Divorce Music continues to play on with more and more viewers tuning in, despite it being season 2 and towards the end of its run. The crescendo of buzz has brought in a new 2021 cable channel record ratings as episode 15 got 14.811%, which is the highest single episode of any cable show this year. It dethroned Vincenzo which got 14.636% in its final episode 20. There could be a chance for another currently airing drama to take over as sitting in third place is the second season of Hospital Playlist with 13.151% in episode 6. After that it’s Mine episode 16 with 10.512% and rounding out the top 5 is Bossam: Steal the Fate episode 20 which got 9.759%. However today Sunday will be the final episode of Marriage Lyrics and I’m curious to see how high the ratings will go.

END_OF_DOCUMENT_TOKEN_TO_BE_REPLACED 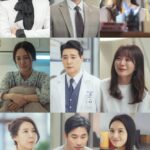 Okay, it looks this this past weekend was prime delicious drama viewing time with not just one but two weekend dramas having a breakout. For TV Chosun drama Marriage Lyrics and Divorce Music written by queen of makjang Im Sung … END_OF_DOCUMENT_TOKEN_TO_BE_REPLACED 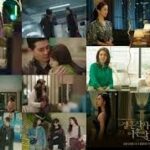 I still remember the infamous Princess Aurora aka “Im Sung Han’s Death Note”, the drama where the behind-the-scenes shenanigans resulted in onscreen plot developments where character after character was either shipped off or killed off (and not resurrected). Writer Im … END_OF_DOCUMENT_TOKEN_TO_BE_REPLACED 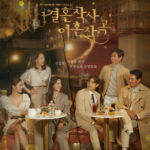 Retired early is basically not retired, anytime someone who is not true retirement age in entertainment announces a retirement I take it with a grain of salt. Such is the case with makjang queen screenwriter Im Sung Han, herself a … END_OF_DOCUMENT_TOKEN_TO_BE_REPLACED 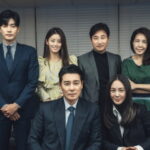