Since domestic television ratings are in the crapper across the board with all K-dramas, the new normal if you may, checking out the CPI rankings adds an additional layer to assess the success and staying power of dramas beyond live television ratings. Coming in second is the surprise of The Girl Who Sees Smells followed by ended very early in the year Pinocchio with quite the residual staying power. Kill Me Heal Me made the list next, though I’m a tad surprised it wasn’t higher, while the power of currently airing melodrama Mask is now joke as it rounds out the top 5 spot. Check out the full top 15 below, with KBS and SBS having the most dramas on the list. END_OF_DOCUMENT_TOKEN_TO_BE_REPLACED 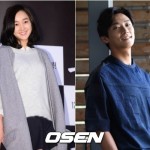 I’m not particularly interested in the upcoming SBS Wed-Thurs melodrama Mask, but that’s not indicative of what I think of the drama quality potential and more my preference for rom-coms especially during the warmer seasons. Mask follows after The Girl … END_OF_DOCUMENT_TOKEN_TO_BE_REPLACED