Four episodes into watching K-drama The King: Eternal Monarch and it’s a steady stream of “buh” and “huh” and “snooze…..” The story may be disjointed but there have been way worse written K-dramas that have worked better thanks to the onscreen romantic chemistry of the leads – not talking about acting ability, just whether the two leads make the viewer believe they are mere seconds away from boning if the camera wasn’t there. The leads of The King don’t just have no chemistry, they might have negative chemistry like two same sided magnets pushing off each other. I thought to make my list of when there has been a stupid/far-fetched,/preposterous/fantasy K-dramas and whether chemistry made it work. This isn’t about a well-written or substantive K-dramas as that can allow the story and directing to keep the interest and carry the day. This is about when everything is actually quite stupid but viewers love it because the leads sell it. Here goes!

END_OF_DOCUMENT_TOKEN_TO_BE_REPLACED 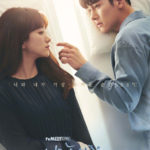 Summer is nearly over and we all need a cool down, what better than the upcoming tvN drama Melt Me Softly (Melt Me) to deliver a dose of hot and cold. The drama won’t arrive until the end of September … END_OF_DOCUMENT_TOKEN_TO_BE_REPLACED