Having a track record of success does make one keep expecting it so cable network jTBC looks like it made two missteps that just happened to be airing at the same time but overall is still very strong. K-ent is reporting that the network started the year strong with ratings and critical acclaim in dramas Beyond Evil, Law School, and Undercover, all got over 5% ratings. But the currently airing Monthly House and Nevertheless are both underperforming by a lot, Monthly House is getting 2% and Nevertheless just 1% range. Critics says Monthly House is somewhat interest but not even plot development and the romantic loveline keeps going back and forth, plus it’s on opposing mega hit Hospital Playlist season 2 so audiences aren’t tuning in. Nevertheless the consensus is that the acting of both the male and female lead is not good, the subject matter is negative for the viewers, and the script is a hot mess. With that said, critics see strong dramas in the wings at jTBC for the latter part of the year including award winning actors and production team of Human Disqualification with Jeon Do Yeon and Ryu Jun Yeol, the Lee Young Ae comeback drama Koo Young Ki, and dark thriller Sabotage City (Duke City) with Su Ae and Kim Kang Woo. Human Disqualification will be the first to arrive and it released a small teaser this week with the leads reading from the script against a spare white backdrop so it’s very mood setting for sure.

END_OF_DOCUMENT_TOKEN_TO_BE_REPLACED

Well this is a breath of much needed air. Upcoming jTBC Wed-Thurs drama Monthly House was sailing on the side of my peripheral watch list but has scooted smack in the middle thanks to a slew of right up my … END_OF_DOCUMENT_TOKEN_TO_BE_REPLACED 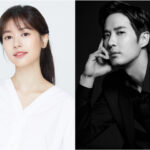 I feel like this is a retread for female lead Jung So Min but with a different male lead and narrative circumstances it could be equally as winning as Because This is My First Life. The casting has been confirmed … END_OF_DOCUMENT_TOKEN_TO_BE_REPLACED