Filming was halted on the production of jTBC drama More Than Friends (Number of Cases) so it’s not clear yet if the drama will premiere next Friday as it takes over the time slot from Graceful Friends. Staring Ong Seung Woo and Shin Ye Eun, the drama feels like a slighter younger version of those dramas where the male leads and female leads are friends for like two decades and finally decide to give a romantic angle a try. Here it appears the leads and their friends (and maybe additional couples) let about ten years lapse between high school and adulthood before changing the dynamics. The drama released two new posters and one new teaser this week, the posters juxtapose high school versus adult versions of the two leads opposite each other, thankfully it’s not weird or skeevy and makes me root for them even more to get on that train however late!

END_OF_DOCUMENT_TOKEN_TO_BE_REPLACED 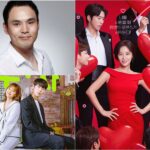 I feel like this new COVID-19 outbreak in South Korea could have 100% been prevented as the country did such a good job in February-April in containing the first wave. Alas the relaxation of restrictions and the crazies pushing for … END_OF_DOCUMENT_TOKEN_TO_BE_REPLACED 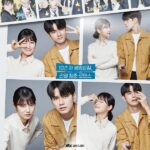 When I look at Shin Ye Eun I’m just glad this time around she has a real man to fall in love with and not a cat turned man like her last drama lol. jTBC has released the first poster … END_OF_DOCUMENT_TOKEN_TO_BE_REPLACED