Top Korean actors playing killers is a totally “in” thing now and it almost always works because it goes against type, whether visuals or just the idea that an A-lister would deign to play the antagonist. Add another one to the list as K-actor Ahn Jae Wook has been cast as the serial killer antagonist in the upcoming 2021 thriller drama Mouse. He plays a former top hospital doctor turned serial killer in a drama about genetic testing being able to ascertain whether the baby carries the serial killer gene and asks whether the parents would have the baby. The leads are Lee Seung Gi, Lee Hee Joon, Park Joo Hyun, and Kyung Soo Jin with the script from the writer of Black, God’s Gift: 14 Days, and the 2008 Lee Jun Ki version of Iljimae.

END_OF_DOCUMENT_TOKEN_TO_BE_REPLACED 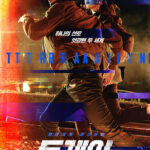 It’s wonderful how a great drama/performance can make it for me in terms of changing my opinion on an actor or actress. I’ve been meh on Kyung Soo Jin for so many years since she annoyed the shit out of … END_OF_DOCUMENT_TOKEN_TO_BE_REPLACED 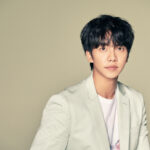 K-actor Lee Seung Gi must love the chase from his last drama Vagabond because he’s putting his action hat back on again for his next drama. He’s confirmed for the 2021 airing K-drama Mouse which discusses a world where DNA … END_OF_DOCUMENT_TOKEN_TO_BE_REPLACED 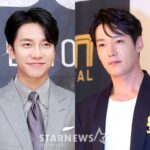 I love it when I’m totally surprised and this K-drama casting news was a nice jolt heading into end of week. tvN is prepping a new procedural K-drama Mouse and in talks for the male leads are Lee Seung Gi … END_OF_DOCUMENT_TOKEN_TO_BE_REPLACED