This drama just went from promising to potential hot mess with one casting, but then again she might surprise most everyone out there. Jin Se Yeon has just been cast in the titular lead role in acclaimed sageuk PD Lee Byung Hoon‘s 2016 weekend drama Prison Flower. This is the drama that would reunite Lee Byung Hoon, who directed Dae Jang Geum, Yi San, Dong Yi, and Horse Doctor, with the screenwriter Choi Wan Kyu who wrote All In, Jumong, Kingdom of the Wind, Swallow the Sun, and Triangle. Joining Jin Se Yeon will be veteran leading man Go Soo who hardly does any dramas these days. This will mark his drama return after Empire of Gold in 2013, but before that it was Will it Snow in Christmas way back in 2009. Prison Flower is slated for 50-episode and will air on MBC next year taking over for My Daughter Geum Sa Wol. END_OF_DOCUMENT_TOKEN_TO_BE_REPLACED 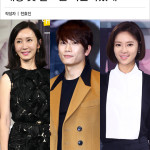 Every year the three major Korean networks hold its own year end drama awards, not exactly what could be deemed objective but is certainly their own prerogative to do so. The K-ent pundits enjoy speculating as to who will watch … END_OF_DOCUMENT_TOKEN_TO_BE_REPLACED 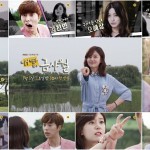 I’ve been around the K-drama block too many times to expect a weekend drama to not have makjang, even if the teasers are all chuckling hilarity and goofy antics. With that said, I’m still hoping the makjang is in limited … END_OF_DOCUMENT_TOKEN_TO_BE_REPLACED 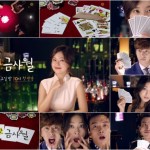 There’s a new weekend drama just around the corner that I’m planning to check out. My Daughter Geum Sa Wol premieres on September 5th on MBC following the conclusion of Flower of the Queen this weekend. I actually check out … END_OF_DOCUMENT_TOKEN_TO_BE_REPLACED