I can’t say the 2018 Grand Bell Awards (Daejong Awards) were all that exciting mostly because K-movies haven’t really excited me in recent years. There is still envelope pushing and creativity for sure but the days of Old Boy and The Host feel in the rear view mirror. The Best Film winner this year was actually a film that got a lot of press both domestic and international – indie thriller Burning with Yoo Ah In and Steven Yuen took home the big prize and makes me even more curious to watch what is by all accounts a character and acting driven piece with a slow burn (pun intended). What got the most press was deceased actor Kim Joo Hyuk taking home both Best Supporting Actor for Believer and also a commemorative special award on what is close to the first anniversary of his untimely passing in a car accident. The awards fashions were once again a miss other than Seolhyun stealing the show in a red dress with black lining that draped and flared wonderfully on the red carpet. END_OF_DOCUMENT_TOKEN_TO_BE_REPLACED 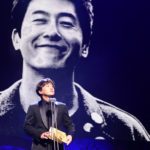 The just held more elite Blue Dragon Awards this weekend in Seoul celebrated the cinematic achievements of South Korean cinema in 2017 and also memorialized the life and acting works of deceased actor Kim Joo Hyuk. There were basically three … END_OF_DOCUMENT_TOKEN_TO_BE_REPLACED 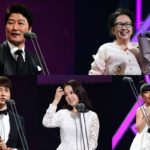 This week K-ent decided to create a new awards show on top of the countless ones already in existence. The 1st ever Seoul Awards, not to be confused with the Seoul Drama Awards, took place this week to honor both … END_OF_DOCUMENT_TOKEN_TO_BE_REPLACED