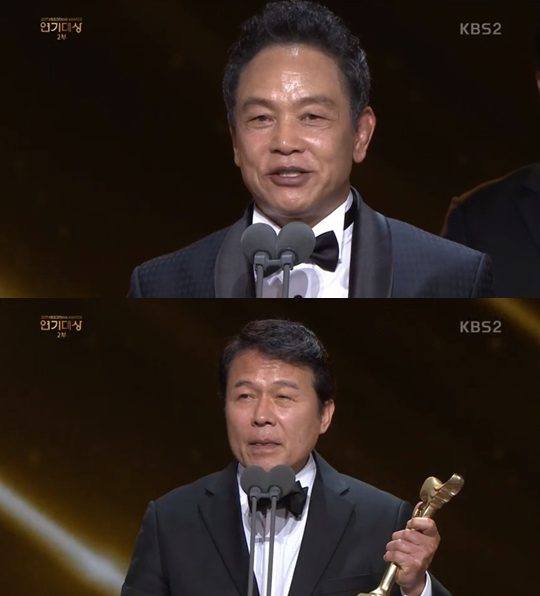 Last but not least in the coverage of year end K-drama network awards is the 2017 KBS Drama Awards held the same night as SBS, with MBC the night before. The big winners of the night were the exceptional veteran actors playing drama dads, with Kim Young Chul of Father is Strange and Chun Ho Jin for My Golden Life taking home co-Daesang awards. The younger leads of My Golden Life with Park Shi Hoo and Shin Hye Sun also won Top Excellence, and in the prime time dramas the notable winners for Namgong Min for Chief Kim, Jung Ryeo Won in Witch’s Court, and the leads of Fight My Way in Park Seo Joon and Kim Ji Won. It’s nice to see the veterans get recognized and the rest just feels like acknowledgement of stars who were in successful rated dramas this year. END_OF_DOCUMENT_TOKEN_TO_BE_REPLACED